Once again, the US justice department treats pedophile Jeffrey Epstein like a saint 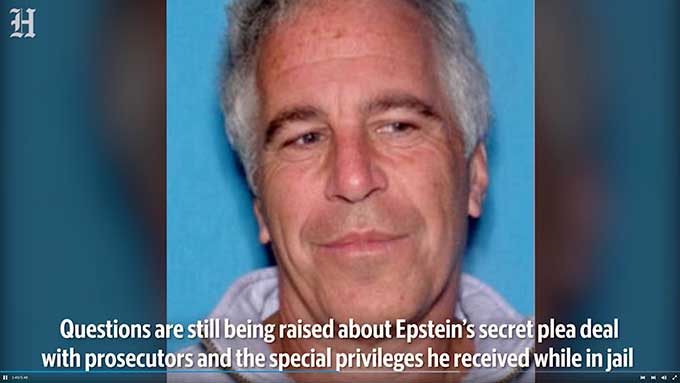 You would almost think that billionaire serial sex-abuser of children and former pal of Donald Trump, Jeffrey Epstein, has some kind of secret leverage that keeps him from being brought to justice for his sickening crimes. From the Miami Herald:

Suspected sex trafficker Jeffrey Epstein was handed another break by the Department of Justice on Monday when federal prosecutors rejected his victims’ efforts to throw out his plea deal and prosecute him for abusing dozens of underage girls.

In the 35-page motion, filed in federal court in the Northern District of Georgia, federal prosecutors said that there is no legal basis to invalidate Epstein’s non-prosecution agreement — and they warned the federal judge in the case against doing the same.

U.S. Attorney Byung “B.J.” Pak said that because Congress did not outline specific penalties in the Crime Victims’ Rights Act when it was created by Congress, Epstein’s victims have no right to demand anything from the government — not even an apology. A federal judge ruled earlier this year that the plea deal violated that legislation.

In the video below, you can see a rogue's galleries of awful people who helped Epstein in his quest to sexually abuse girls and to protect him from paying for his crimes:

When Labor Secretary Alexander Acosta was a federal prosecutor in 2008 he gave sex predator Jeffrey Epstein a joke of a plea deal on sex crime charges. Epstein was given a 13-month prison sentence, but the billionaire spent most of the time in his plush office. He never faced federal charges. Now that Epstein has […]