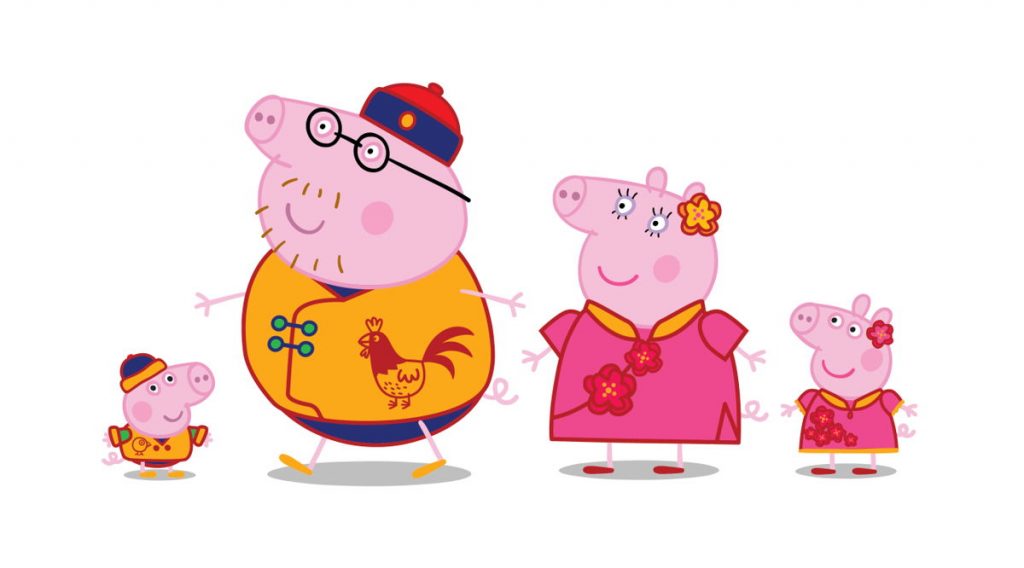 Back in January, Amy Hawkins and Jeffrey Wasserstrom published a fascinating, nuanced look why Chinese state censors had banned the mention of Orwell's "Nineteen Eighty-Four" on social media, but not the book itself.

Now, the pair are back with a wider look at the way that Chinese authorities and the Chinese people adapt western culture for both a local audience and local politics. Some of this is just funny twists of syncretism, like Santa Claus invariably being depicted with a saxophone (!), but there's a much more interesting and meaty political story.

Hawkins and Wasserstrom begin their story with the adoption of Marx's ideas by the Chinese Communist Party, producing "socialism with Chinese characteristics" and banishing Confucionism to the scrapheap of history -- and how that turned into today's "capitalism with Chinese characteristics," overseen by Xi Jinping, who describes himself as being a fan of both Marx and Confucious.

Another deeply contested western idea is International Women's Day, which has taken on many meanings at different times in Chinese history -- being celebrated as a tribute to women who stayed home to care for family, then as a holiday celebrating the revolutionary cause of women's equality, finally turning into a shopping holiday where companies offer discounts on spa treatments (one Beijing pizza chain offered 50% off to women -- but only for salads).

This fluxuating nature of political meaning for western symbols is neatly described in the rise, fall, and rise again of Peppa Pig, who entered China as a counterculture icon for millennials, with a fad for Peppa tattoos leading the state to denounce Peppa as "an unexpected cultural icon of gangster subculture in China." But Peppa was rehabilitated by the state, who drafted Alibaba Pictures to produce a Peppa movie embodying Confucian values, wiht a story about "a rural grandfather who makes a Peppa Pig toy to bring to his grandson in the city at Chinese New Year."

Likewise with rap music: first it was banned as "tasteless, vulgar and obscene," then it was rehabilitated with a state-sanctioned TV reality show called The SHow of Rap, and now China exports made-in-China hiphop around the world.

This back-and-forth is kind of dance between Microsoft's old tactic of "embrace and extend" and counterculture's Gibsonian rallying cry that "the street finds its own use for things." The Tiananmen protesters sang The Internationale and a rock anthem called "Nothing to My Name," and carried banners reading "We Shall Overcome" and "Give Me Liberty or Give Me Death."

The tension between the domestic and the foreign is not abstract, nor confined purely to the cultural realm. During a Q&A session following a recent event at Harvard commemorating the 30th anniversary of the 1989 massacres, a Chinese exchange student made clear his feeling that the CCP had been right to stop the struggle in its tracks. In his view, even though the protesters insisted that they were patriots trying to make their country’s leaders live up to their professed ideals, what their movement was actually trying to do was make China just like the US.

This young man had made a decision to come to the West to study. He had doubtless grown up like many of his peers reading Harry Potter novels and watching US sitcoms such as The Big Bang Theory. Yet none of this prevented him from being, as his question revealed, a CCP loyalist and Chinese nationalist. Despite the pancultural character of his own life experiences, he was unwilling to accept that those who took to the streets in 1989 wanted China to be more democratic without becoming just like any other foreign place. For him, the imaginative borders of China’s cultural space should and could be fixed. For him, challenging the ruling party’s orthodoxy was tantamount to looking to convert the country wholesale to the ways of another land. And yet, had he a living elderly grandmother, she would have seen Marxism-Leninism transform from a dangerously exotic import into a strand of Chinese tradition, and witnessed the CCP shift from endorsing rowdy anti-Confucian mass movements to celebrating Confucius as a patron saint of social harmony.

The Tiananmen protesters of 1989 sang both The Internationale, a socialist anthem they’d learned in school, and also Nothing to My Name by the anti-conformist rocker Cui Jian. They presented petitions to the authorities in a manner reminiscent of traditional appeals to emperors, yet carried banners quoting American slogans (‘We Shall Overcome’, ‘Give Me Liberty or Give Me Death!’). They spoke of their struggle as a ‘New May Fourth Movement’ and also as an effort to push Deng Xiaoping to be more like the reformist Mikhail Gorbachev. This mixing and matching, and in the process moving to an uncharted course, was something other Chinese generations had done. It is a testament to the power of the stringent patriotic propaganda introduced post-1989, in hopes of avoiding a repetition of the mass upheaval of that year, that the young Chinese man at Harvard could not think of the Tiananmen protesters this way – despite himself belonging to this long line of mix-and-match generations, and likely having an even more eclectic collection of songs on his smartphone than his 20something predecessors might have had on their cassette tapes.