A "Fake News Game" that "vaccinates" players against disinformation 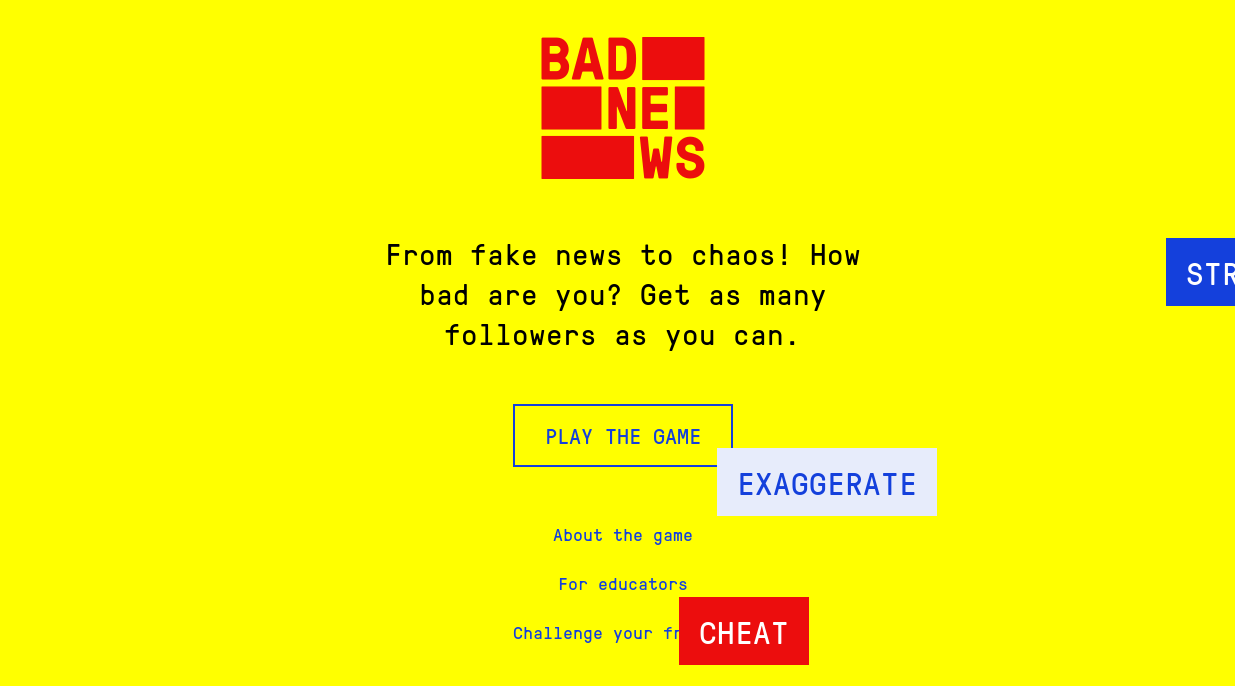 The game was created to test the hypothesis that learning how these techniques worked would make players more discerning when they were encountered in the wild. To evaluate the proposition, players are quizzed before and after the game and asked to evaluate the credibility of a series of tweets.


In their analysis of the results, the study authors make the case that the game is indeed capable of "vaccinating" players against disinformation. During the three months that the study ran, 43,687 subjects played the game. These subjects (a "convenience sample") were self-selecting and skewed older, educated, male and liberal, but "the sample size still allowed us to collect relatively large absolute numbers of respondents in each category."

Based on the pre- and post-game quizzes, the authors conclude that learning the mechanics of disinformation teaches players to detect these techniques in the wild; however, the study does not explore whether these effects are persistent beyond the few moments after a fifteen minute intervention. It's a promising start, but — as the old saying goes — "more study is needed."

Overall, despite these limitations, we highlight the potential of game-based psychological interventions to combat the problem of misinformation at the individual level. The participation rate and overall success of the game as a translational intervention (outside of the research context) further show that there is a high demand for evidence-based materials that help stem the flow of online misinformation. Lastly, the potential of psychological inoculation against fake news highlights the need to cultivate a "broad-spectrum" vaccine which targets a wide range of (evolving) misinformation pathogens. We offer initial evidence of spill-over effects or "blanket protection" against deception by focusing on the broader techniques and strategies that underpin the production of misinformation more generally rather than targeting only specific instances of fake news.