Notorious "Fuck the Draft" poster from 1968 up for auction 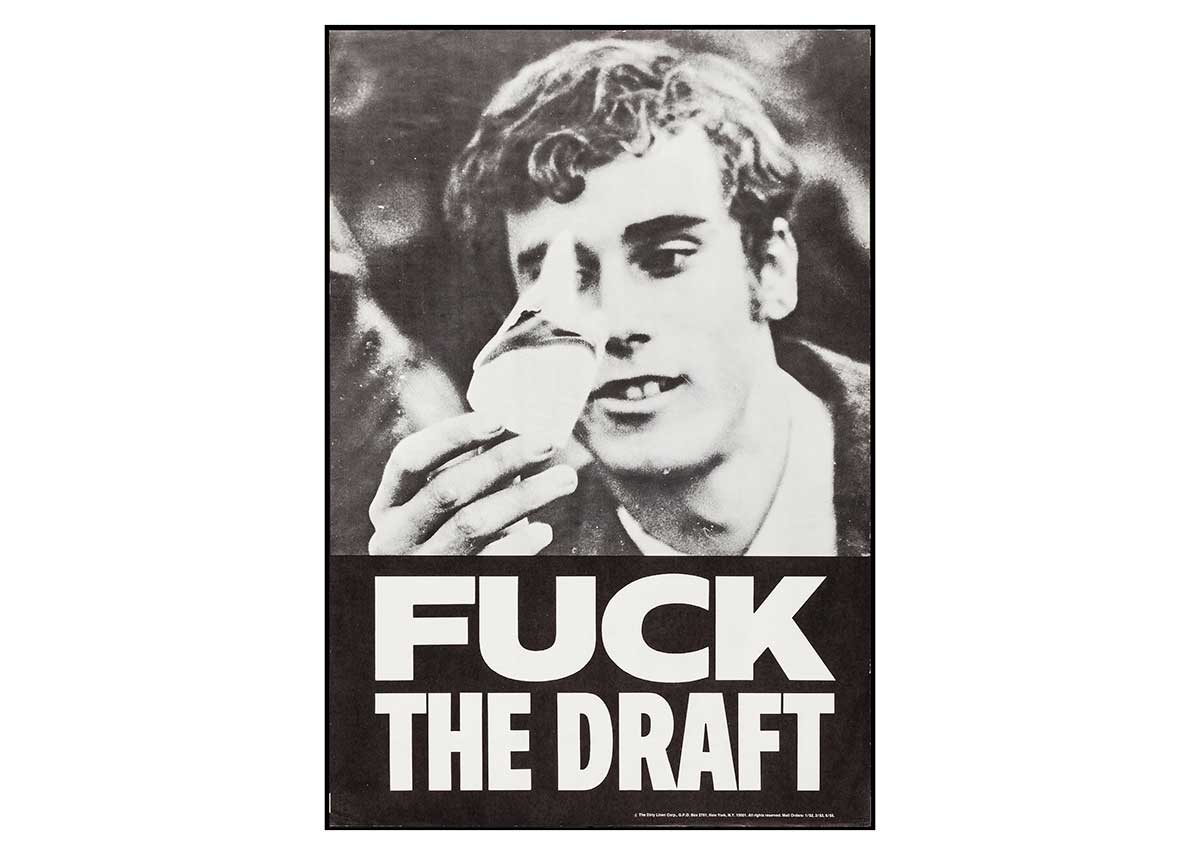 There are two days left to bid on this famous protest poster from 1968 at Heritage Auctions.

Offered in this lot is arguably one of the most iconic anti-Vietnam War posters ever created, depicting a young man burning his draft card in a symbolic act of defiance. Designed by famed activist Kiyoshi Kuromiya under the pseudonym Dirty Linen Corp, this poster was distributed via mail order, with suggestions to mail a copy to mothers, and even the White House. Eventually, the FBI arrested Kuromiya for using the US postal service to distribute 'lewd and indecent materials,' but this poster had already made its rounds and secured a place in anti-draft history.

A good reminder that the FBI, in general, is not on the side of progress.

Kiyoshi Kuromiya (May 9, 1943 – May 10, 2000) was a Japanese American author and civil rights activist. He was born in a Japanese American internment camp on May 9, 1943 in Heart Mountain, Wyoming. He was a committed civil rights and anti-war activist. He was also one of the founders of Gay Liberation Front - Philadelphia and served as an openly gay delegate to the Black Panther Convention that endorsed the gay liberation struggle. Kuromiya was an assistant of Martin Luther King Jr. and took care of King's children immediately following his assassination.

To protest of the use of napalm in the Vietnam War in 1968, he announced that a dog would be burned alive in front of the University of Pennsylvania's Van Pelt Library. Thousands turned up to protest, only to find a message from Kuromiya: "Congratulations on your anti-napalm protest. You saved the life of a dog. Now, how about saving the lives of tens of thousands of people in Vietnam."