Photography is fun again with these themed Polaroid bundles 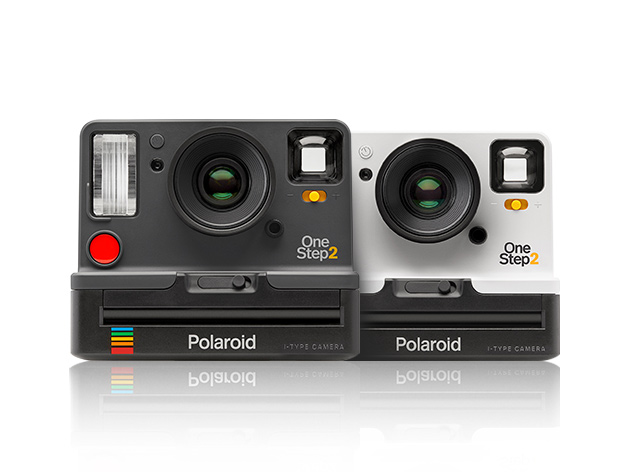 Remember Polaroids? The tactile joy of waving around one of those little plastic pictures, the anticipation of waiting for it to develop: These have been pleasures that some of us thought we'd only be telling our confused children about. But think again. Polaroid's got a batch of great new bundles and special editions for its innovative OneStep 2 that are guaranteed to get you snapping and sharing pics all over again.

Created "in collaboration with Hawkins National Laboratory," this camera not only honors the popular Netflix show with red and blue colors and a clever "upside down" design, it boasts an extra powerful flash that'll send any extra-dimensional monsters packing. You'll also get an iType film pack that frames your photos in one of 16 Stranger Things logos and designs. The Polaroid Originals OneStep 2 Camera: Stranger Things Edition + Film Bundle is now $126.99, down 5% from the original price.

As fun as it is to share Polaroids with your friends, you're going to want to keep some of them. This bundle makes that easy with a premium cardstock photo box that holds up to 40 pictures. Pick up the Polaroid OneStep 2 Camera Graphite with Photobox for $99.99, more than 15% off the list price.

This Summer Blue edition of the OneStep 2 has great looks outside and in, with a film pack that gives you the choice of 8 different cool blue frames. And the camera itself has an amazing 60-day battery life, so you're sure to use them all. Grab the Polaroid Originals OneStep 2 Camera: Summer Blue Edition + Film Bundle for $116.98, a full 7% discount off the MSRP.

Want to go full retro? This classic-looking OneStep 2 comes with a black and white film pack that features funky color frames to accent the artsiness. You'll get the Polaroid OneStep 2 Camera White with B&W Film and Photobox for $115.99, down 9% from the original price.

The perfect starter kit for budding shutterbugs, this kit contains the easy-to-use OneStep 2 camera, plus a photo box that can hold not only the current iType film but older style 600 and SX-70 format photos. Get your Polaroid OneStep 2 Camera White with Photobox on sale for $99.99, a full 16% off the list price.