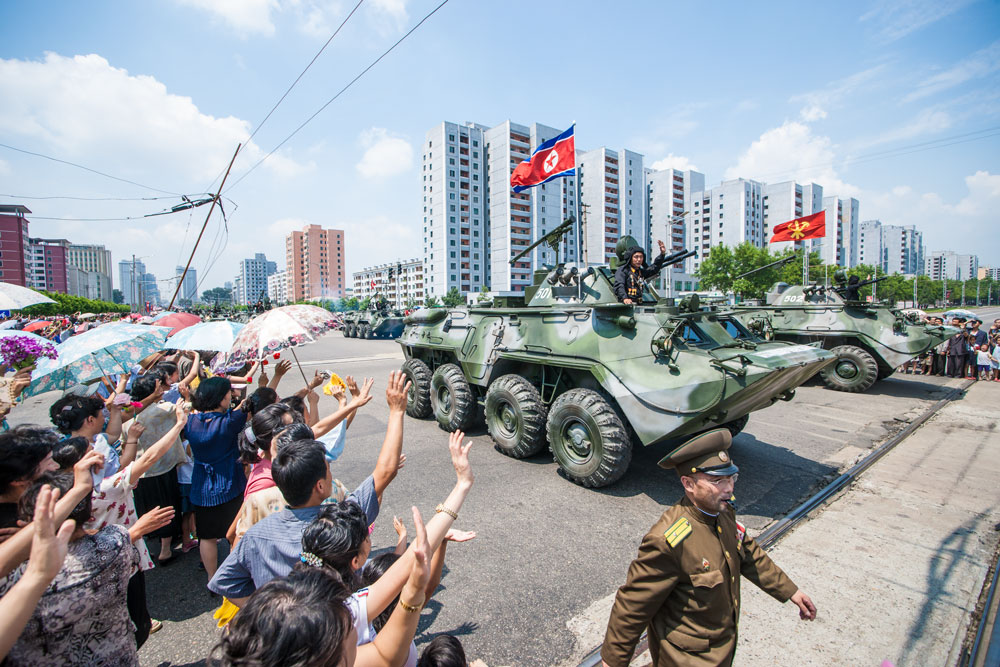 Washington, DC will be the site of a grandiose self-homage that may cost “well into the millions”

July 4 is upon us. Donald Trump's Independence Day parade is 3 days away, as I type this blog post. What's up with this whole thing? NOBODY KNOWS, but we know it'll probably involve a bunch of military hardware. Won't that cost a lot of money, though? “The White House declined to comment on the ongoing plans.”

As David Lapan put it so well, “When will the taxpayers footing the bill for this extravagance get to know how much this will cost & how many service members will be directed to give up their holiday for it?”

We’ll be watching to see if Trump’s take over of DC’s July 4th celebrations are going to violate the Hatch Act. https://t.co/HT4U9BGb2Y

Be afraid, folks. Be very afraid. Of the waste of your hard-earned taxpayer dollars.

The ongoing negotiations over whether to use massive military hardware, such as Abrams tanks or Bradley Fighting Vehicles , as a prop for Trump’s “Salute to America” is just one of many unfinished details when it comes to the celebration planned for Thursday, according to several people briefed on the plan, who requested anonymity to speak frankly.

Trump — who has already ordered up a flyover by military aircraft including Air Force One — is also interested in featuring an F-35 stealth fighter and involvement from Marine Helicopter Squadron One, which flies the presidential helicopter, two government officials aid. The Navy’s Blue Angels were supposed to have a break between a performance in Davenport, Iowa on June 30 and one in Kansas City, Mo. on July 6, but will now be flying in D.C. on the Fourth.

At least 300 service members were slated to participate, primarily from military bands and drill teams, but that number could rise as additional military aircraft and other flourishes are added to the event.

The Defense Department has not released any estimate for how much the celebration could cost. But the use of numerous aircraft could drive it well into the millions when counting fuel and maintenance.

The cost of the aborted military parade Trump wanted for 2018 was about $92 million, including $50 million in Defense Department costs, per defense officials.

This time they're avoiding outcry that would scuttle the 2019 parade by simply not telling us anything at all.

I have placed specific, on-the-record questions with the Defense Department today, including for an estimate of how much the 4th of July celebration will cost in taxpayer money.

I was just referred to the White House for comment.https://t.co/rUCoDcsbA9

Holiday activity: make up a story to explain what's going on in this video

There has to be a reason why this happened, but I can’t begin to guess. Please help by making up a fake news story to explain this short video. https://weirdrussians.tumblr.com/post/180031084056/mondays-can-be-difficult-for-everyone

On Saturday, Lucy Schultz of Denver, Colorado shared touching, intimate photos of her childbirth. Well, not technically. What she shared was a hilarious album of her pretending to give birth to the baby kitten she and her boyfriend Steven recently adopted. The new mom wrote: On 1/10/18 we welcome our first baby kitten, a neutered […]