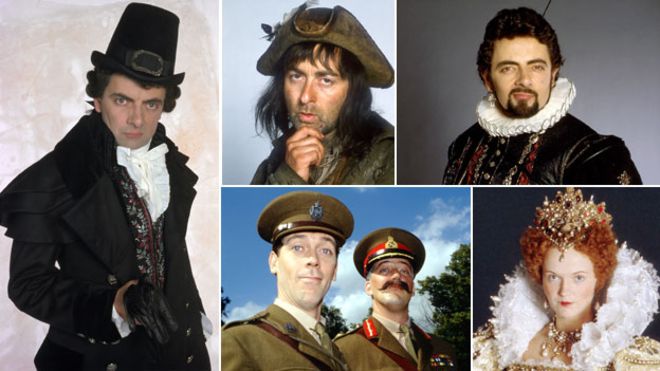 Blackadder is the ultimate UK black comedy: a killer team of comic actors, well-couched in historical and contemporary culture, accessible to children and adults in different ways, intellectually sharp yet emotionally honest, and excruciatingly dense: there are only four six-episode seasons and a handful of specials to go around. You could binge it in a day and still get eight hours' sleep.

Thirty years after Blackadder went fourth, a fifth season is reportedly on its way.

Speaking in a recent newspaper interview, co-writer Richard Curtis said: "The thing about Blackadder was, it was a young man's show criticising older people, saying how stupid those in authority were. So I did once think, 'If we ever did anything again, it should be Blackadder as a teacher in a university, about how much we hate young people'."

The Sun's source commented: "It will be in the modern day. Blackadder will be a lot older, of course, so they've come up with the ageing university lecturer idea. Curtis and Atkinson have discussed guest appearances from stars such as Tom Hardy and Russell Brand."

Blackadder started in 1983, with the critically acclaimed fourth series airing in 1989. The one-off special Blackadder Back & Forth was made in 2000. Richard Curtis has been working on the film Yesterday, whilst co-writer Ben Elton has been working on a return to stand-up, and writing BBC sitcom Upstart Crow.

The conceit of Blackadder is that each season/special features a descendant of the original, in progressively straightened circumstances (Prince, Lord, Knight, Royal Butler, Shopkeeper, Officer), so having reached modern times, the idea of Blackadder V became one of the most infamous glittering mirages of UK pop culture. It's been demanded for so long, gamed out so many times, deconstructed in so many ways, that to bring it up is to relitigate decades of exhausting speculation. The aging (and now very famous and successful) cast were obviously sick of the talk, so expectations eventually cooled. Yet here we are! He's going to be a contemporary university lecturer.