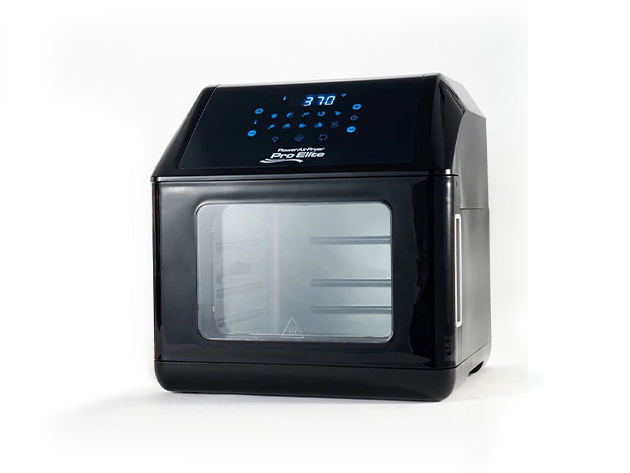 If you're eating healthy, there are more options than ever at restaurants and at home. But we'll bet the one thing you're really missing is the taste of deep-fried food on the regular. If so, we've got your new favorite cooker: The Power Air Fryer 10-in-1 Pro Elite Oven (Certified-Refurbished).

It works by circulating hot air around your food by way of convection vents, simultaneously coating it with a thin layer of oil that's a minuscule fraction of what a deep fryer might use. It's very effective at delivering that signature crispy taste to fries or other appetizers, which would be more than enough for any healthy eater. But with a 6-quart capacity basket, this oven can do most of the work of a traditional convection oven, not to mention a toaster, steamer, pizza oven, dehydrator and much more.

Pick up the Power Air Fryer 10-in-1 Pro Elite Oven (Certified-Refurbished) in black now for $84.99. That's already a 49% discount off the list price, and you can take an additional 15% off by using the online code FIREWORK15.