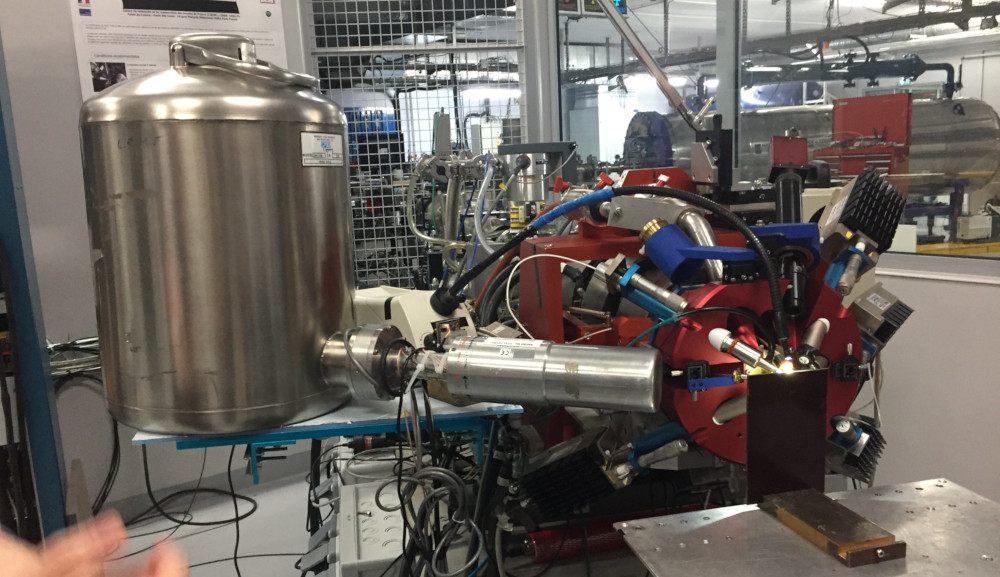 Three basement levels of the Louvre are given over to the Centre de recherche et de restauration des musées de France (C2RMF), which provides research and restoration services to France's 1,200+ art museums and galleries.

C2RMF operates a 27m long particle accelerator called AGLAE that can bring particles up to 20% of the speed of light; the instrument is used to solve mysteries by determining which elements are present in artworks -- for example, determining whether a piece of antique Venetian glass sculpture really came from Venice.

Science journalist Annie Minhoff, who co-hosts the Undiscovered podcast, got to tour the AGLAE facility as part of a science-journalist's junket put on by the Association des Journalistes scientifiques. Her Twitter thread on the trip is a charming delight, including the note that "every single person I heard from on this tour, from the AGLAE engineer to the director of this whole shebang, was a woman" and a photo of the "weird sculpture the AGLAE engineers made out of spare accelerator parts."

Did you know there is a legit ✨particle accelerator✨in the basement of the Louvre museum!? I heard about this a few years ago, and have been dying to see it ever since.

Well mes amis, yesterday I DID!