Watch: Trump supporters don't like being reminded of the president's friendship with child molestor Jeffrey Epstein 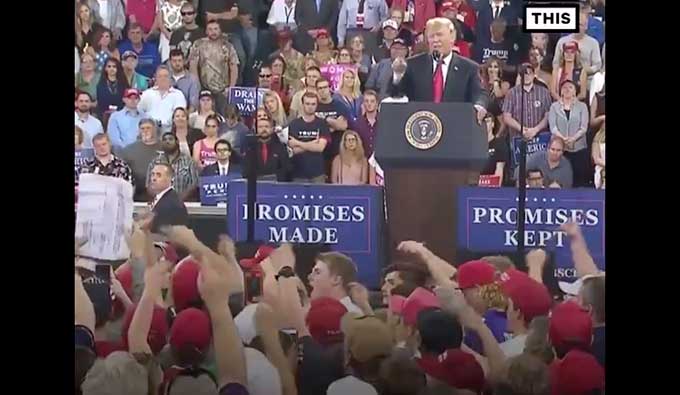 Trump and his fan base became upset when a man at a June 2018 rally held up a photo of a smiling Donald Trump with his old friend, sex offender Jeffrey Epstein. Trump ordered the man to be removed, delivering a scorching witticism as the protester was being hauled away by security: "Was that a man or a woman? Because he needs a haircut more than I do"

A protester was kicked out of this Trump rally in June of last year for holding a photo of the president and Jeffrey Epstein pic.twitter.com/wXdpSrA816