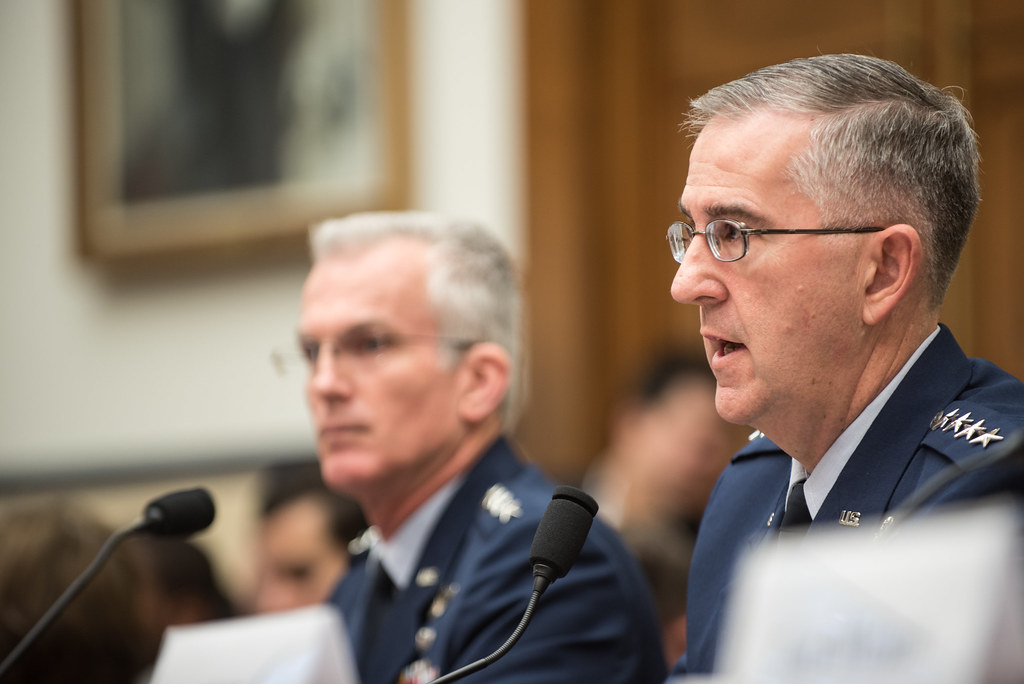 General John Hyten is the Trump administration nominee for Vice Chairman of the Joint Chiefs of Staff. His background check already cleared, but today news of a credible allegation of sexual assault against Gen. John Hyten, and a subsequent investigation, reports DefenseOne.

“There was insufficient evidence,” a source tells the news organization.

Hyten currently leads U.S. Strategic Command, and was recently nominated to become the next Joint Chiefs vice chair. The Air Force opened an investigation into the alleged incident of sexual assault, between late 2017 and early 2018, reports DefenseOne citing “multiple defense and congressional aides familiar with the matter.”

Hyten was cleared by “a comprehensive investigation by the Air Force Office of Special Investigations,” Pentagon spokesman Col. DeDe Halfhill wrote in a Wednesday statement to Defense One. “There was insufficient evidence to support any finding of misconduct on the part of Gen. Hyten,” who cooperated with the investigation, Hoffman said.

A spokesman for Hyten did not respond to multiple requests for comment.

Officials briefed members of the Senate Armed Services Committee, which will review Hyten’s nomination, behind closed doors on Wednesday. Hyten’s accuser had contacted committee members directly, according to defense officials and lawmakers.

“I think a letter was sent to a variety of offices,” said Sen. Gary Peters, D-Mich.

In early April, the Air Force received allegations that Hyten had perpetrated “abusive sexual contact” and created “an unprofessional relationship,” a senior military official familiar with the investigation said Wednesday.

The Air Force Office of Special Investigation talked to more than 50 witnesses in three countries and 13 U.S. states in an “exhaustive” investigation, the senior official said. Neither the interviews nor a review of emails offered evidence to support the allegations, the official said.

Then, the Air Force Office of Special Investigation referred the matter to a court-martial convening authority, Air Combat Command chief Gen. Mike Holmes, who found no evidence to file any assault charges or take any administrative action whatsoever.