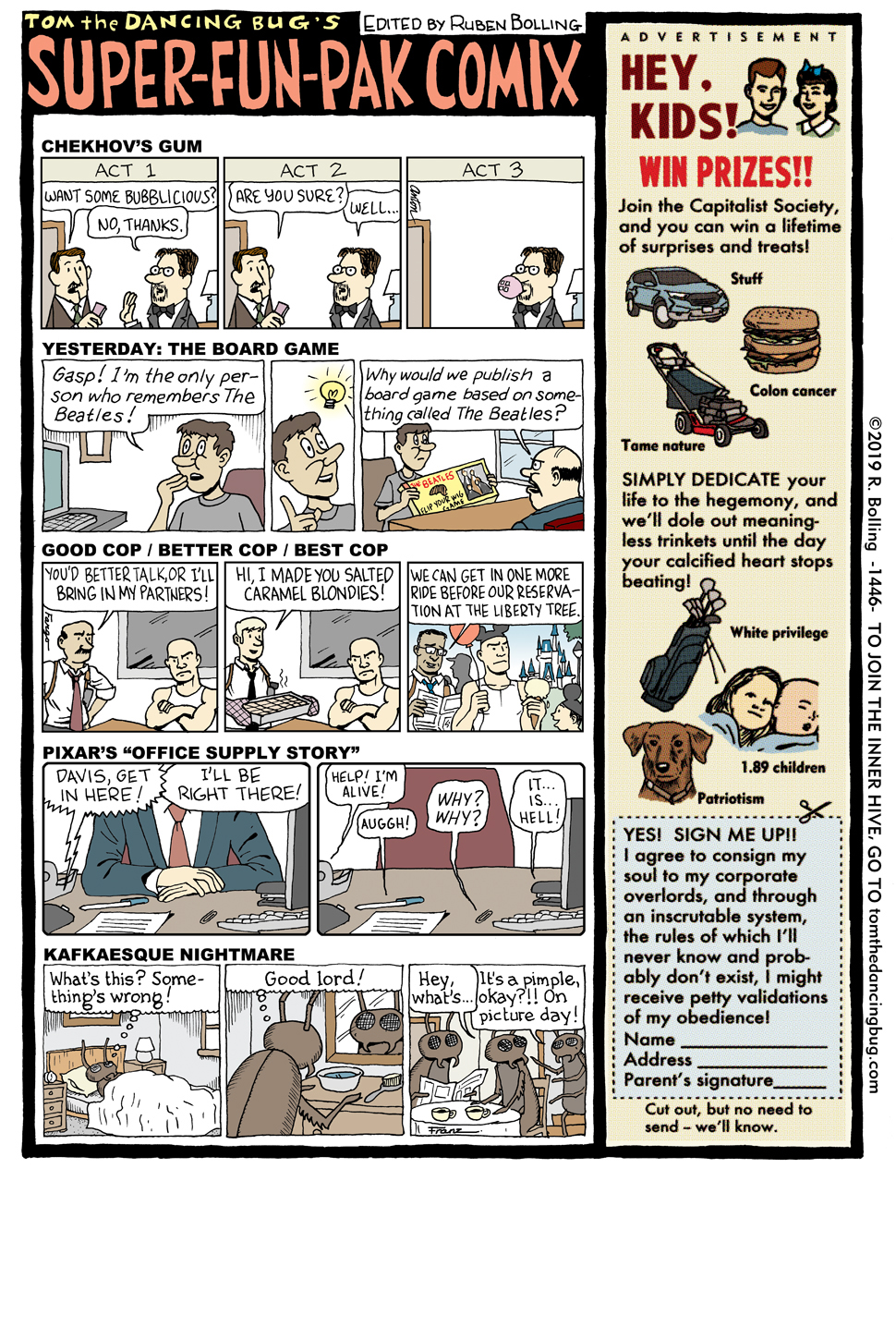 YOU CAN FOLLOW @RubenBolling on the Twitters and a Face Book.

AND YOU MIGHT JOIN Tom the Dancing Bug's subscription club, the Proud & Mighty INNER HIVE, for exclusive early access to comics, extra comics, and much more. (Do join.)

AND YOU CAN READ More Tom the Dancing Bug comics on Boing Boing!