The flags of Russia's regional governments are amazing 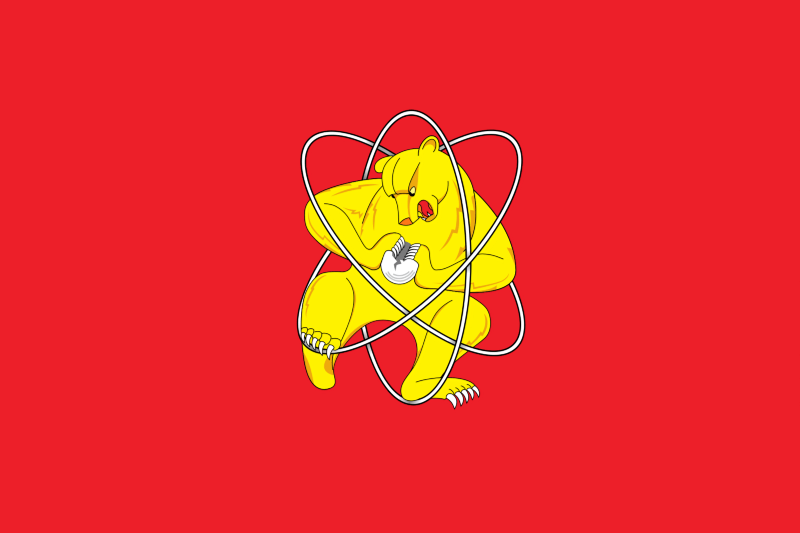 From Zheleznogorsk's flag depicting a bear splitting an atom (the city started as a plutonium mining-town) (yours for $60!) to Domnovskoye's stark eagle claw to Syaskelevskoe's drunken bull to Khoroshyovo-Mnyovniki's crudely drawn MS-Paint-style proud beaver, the flags of Russia's states, cities, towns and districts are pretty fabulous; Weird Russia has a giant trawl through them. (Thanks, Ilya!)