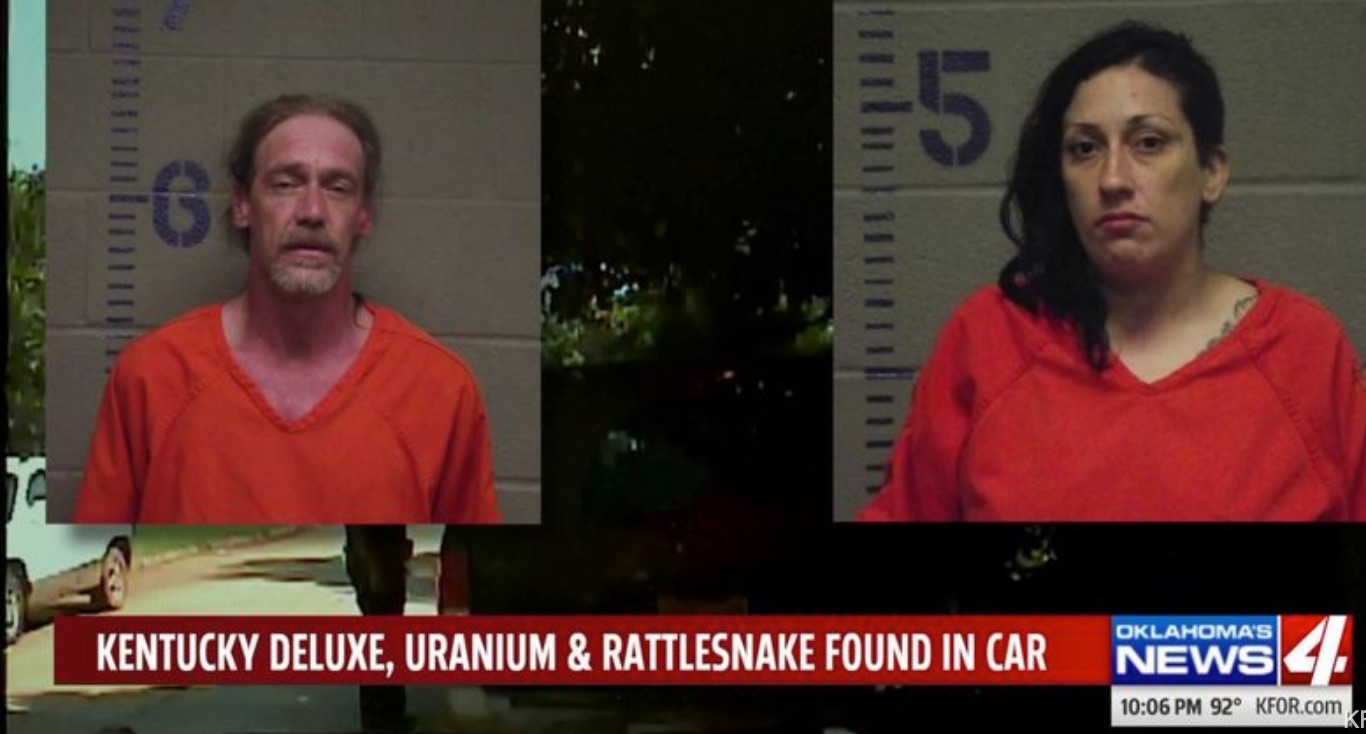 Police in Guthrie, Oklahoma arrested Stephen Jennings and Rachael Rivera after pulling them over due to an expired license tag. Turns out, the car was reported stolen. Also turns out that inside the car, the pair had a pet rattlesnake, a gun, open bottle of Kentucky Deluxe, and "a canister of radioactive powdered uranium." From KFOR:

"When that happens of course, we call in a company that deals with that specifically and it`s taken safely into possession," (Guthrie Police Sgt. Anthony) Gibbs said. "The uranium is the wild card in that situation."

The uranium hasn't resulted in charges. Guthrie police are still trying to figure out exactly what the suspects were going to use it for. There are no charges from the rattlesnake either.

"It happens to be rattlesnake season at the time, so he can be in possession of this rattlesnake because he has a valid lifetime hunting and fishing license," Sgt. Gibbs said.