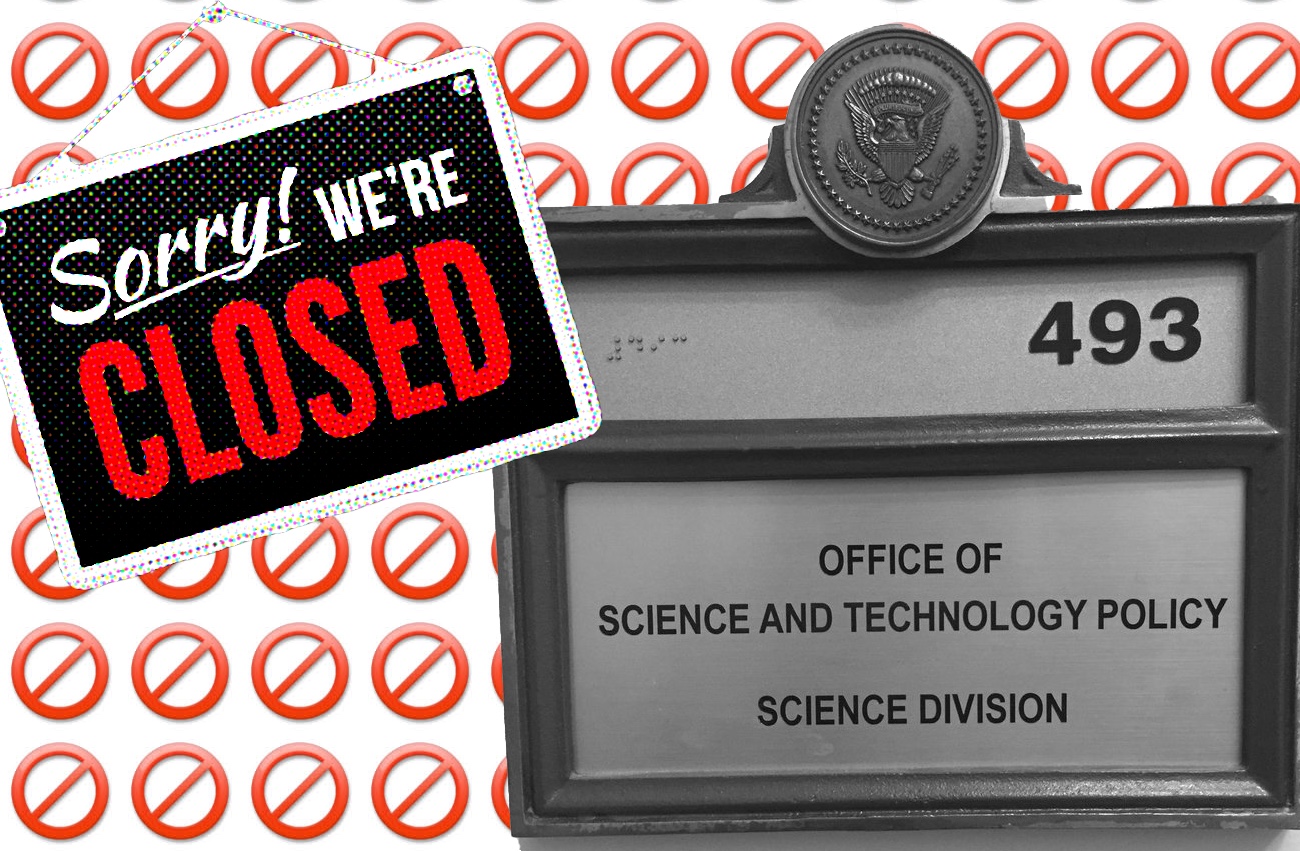 The great science purge, they'll call it one day.

Donald Trump is closing science offices throughout the federal government.

‘As of June, around 85 percent of all scientific posts in the federal government, including an official scientific advisor to the President, were left unfilled,’ write the editors of I F***ing Love Science blog in an op-ed this week.

Despite the veritable purge of scientists and science communication that has characterized the Trump administration, the White House still has an Office of Science and Technology Policy (OSTP). Unfortunately, its science division is now completely lacking any staff whatsoever.

As reported by CBS News, the three remaining employees, all of which were holdovers from the Obama administration, have left. One staffer, the assistant director for biomedical and forensic sciences, tweeted, “Science division out. Mic drop” as she left.

Over the last couple of years, there were up to 100 employees working at the OSTP, which saw a high level of investment from the former President. It is unclear when or even if the roles will be filled again, and by whom.

First established in 1976 by Congress, it is designed to provide the President and others with “advice on the scientific, engineering, and technological aspects of the economy, national security, homeland security, health, foreign relations, the environment, and the technological recovery and use of resources, among other topics.”

We don’t know about you, but that sounds like a vital role to us. The roles should be filled quickly with qualified scientists, but it’s probably best not to hold your breath on this one. Frankly, it’s both shocking and unsurprising that the other 97 roles have not been filled during the transition between administrations, or at least soon after the changing of the guard was complete.

Trump turns out the lights in science offices across the government. ‘As of June, around 85 percent of all scientific posts in the federal government, including an official scientific advisor to the President, were left unfilled.’ https://t.co/I6Alqi2WEN

No CTO
No Chief Data Scientist
No staff with relevant expertise
=
Not ready to deal w/ the inevitable crisis that will come https://t.co/1Af2ZqbvI3