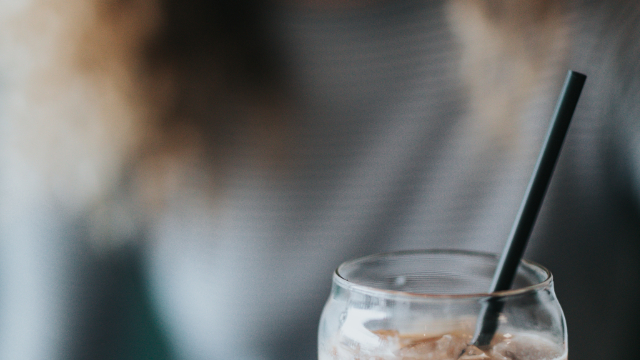 The woman, Elena Struthers-Gardner, 60, who had a disability, fell and sustained a traumatic brain injury in November when the 10-inch straw pierced her eye, according to the coroner's report.

"As a consequence of the fall, a stainless steel straw that was in a glass Kilner-style cup Mrs. Struthers-Gardner was carrying penetrated her left eye," the report said.

Now, here's the thing and, don't ask me how I know, but you could very easily do the same thing with an OG plastic straw, so long as one end of the appliance has an air-tight seal. Are the odds as high of a plastic straw will fucking you up like stainless steel can? No. But it's worth bearing in mind that even the most banal objects can turn on you in a second if you're not minding the shop.

I've always been a big fan of Caitlin Doughty and her Ask a Mortician YouTube channel, but I especially liked this almost 40-minute mini-doc she did on the disastrous voyage of the Essex, the Nantucket whaling ship which served as part of the inspiration for Herman Melville's classic, Moby Dick. I knew some of this […]