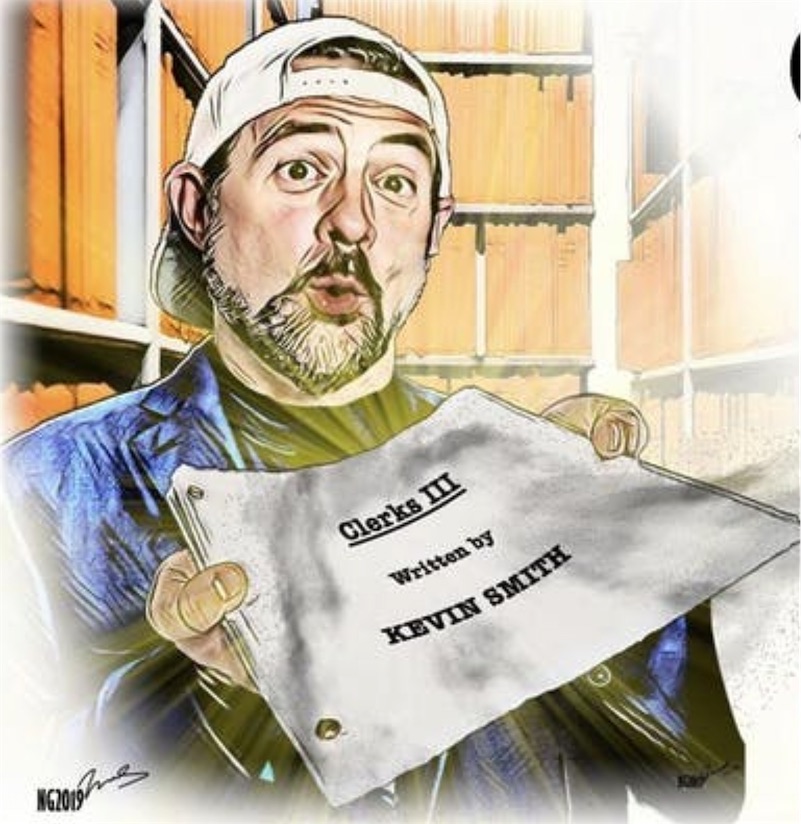 Director Kevin Smith wrote Clerks III more than a decade ago but it was never made, the director has said, because Jeff Anderson, who plays Randal, wasn't game. Today, Smith announced that he and some unnamed "friends" will do a reading of the script at the First Avenue Playhouse in Atlantic Highlands, NJ. It's a benefit for the playhouse which is where Smith held open auditions for the first Clerks film 25 years ago. There were only 80 seats available (at $100/each) and, yes, it sold out instantly.

This August - in the great state of New Jersey! Come hear what might have been, when we read the unmade CLERKS III script! There are only 80 seats at a pricey $100 apiece, but all the money goes to The First Avenue Playhouse (it’s a Benefit for them)! Tix: https://t.co/yJMbZzs8c0 pic.twitter.com/fFeslWDMRf