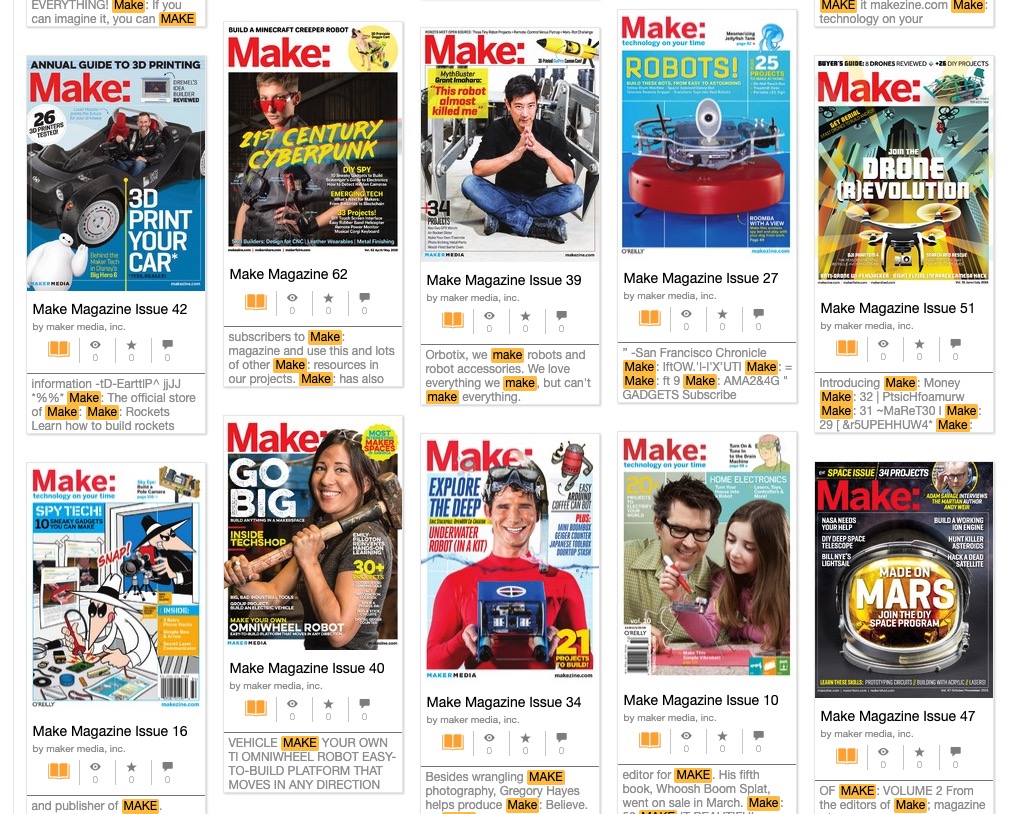 I was part of the team that launched MAKE: (a technology project magazine) and served as its editor-in-chief for 12 wonderful years. I just found out that archive.org has a searchable archive of all past MAKE: issues. Enjoy!

Laura Kampf made this cool looking plywood chair with a storage space for books. She says she’ll upload plans for making one of your own soon. If you like videos of people making things, I highly recommend Laura’s YouTube channel. She makes a new thing every week, such as a cargo bike, a bike trailer […]