Trump sent back to where he's originally from! 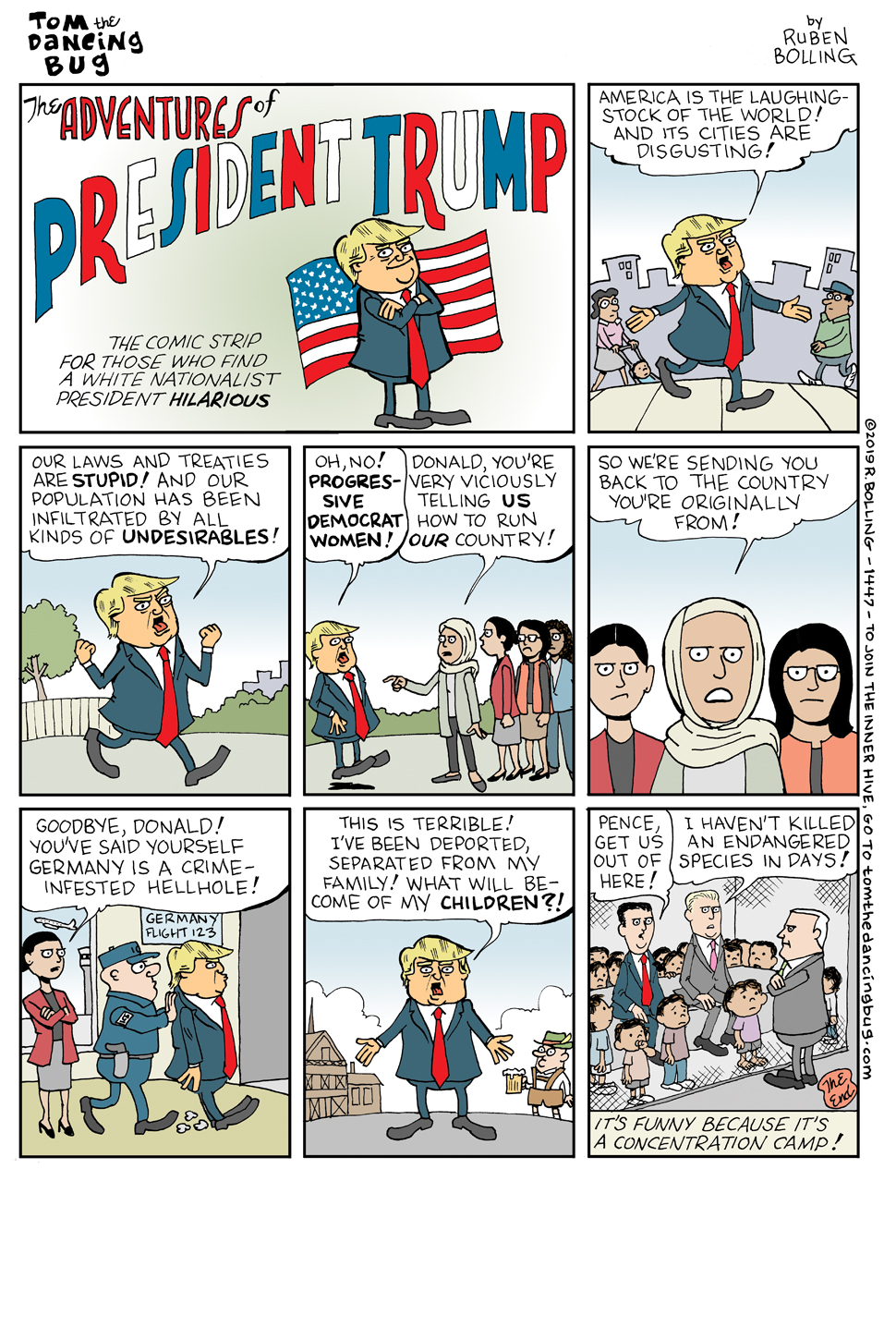 Tom the Dancing Bug, IN WHICH the adorable racist Donald Trump complains about America so much, true patriots send him back to where he's originally from.