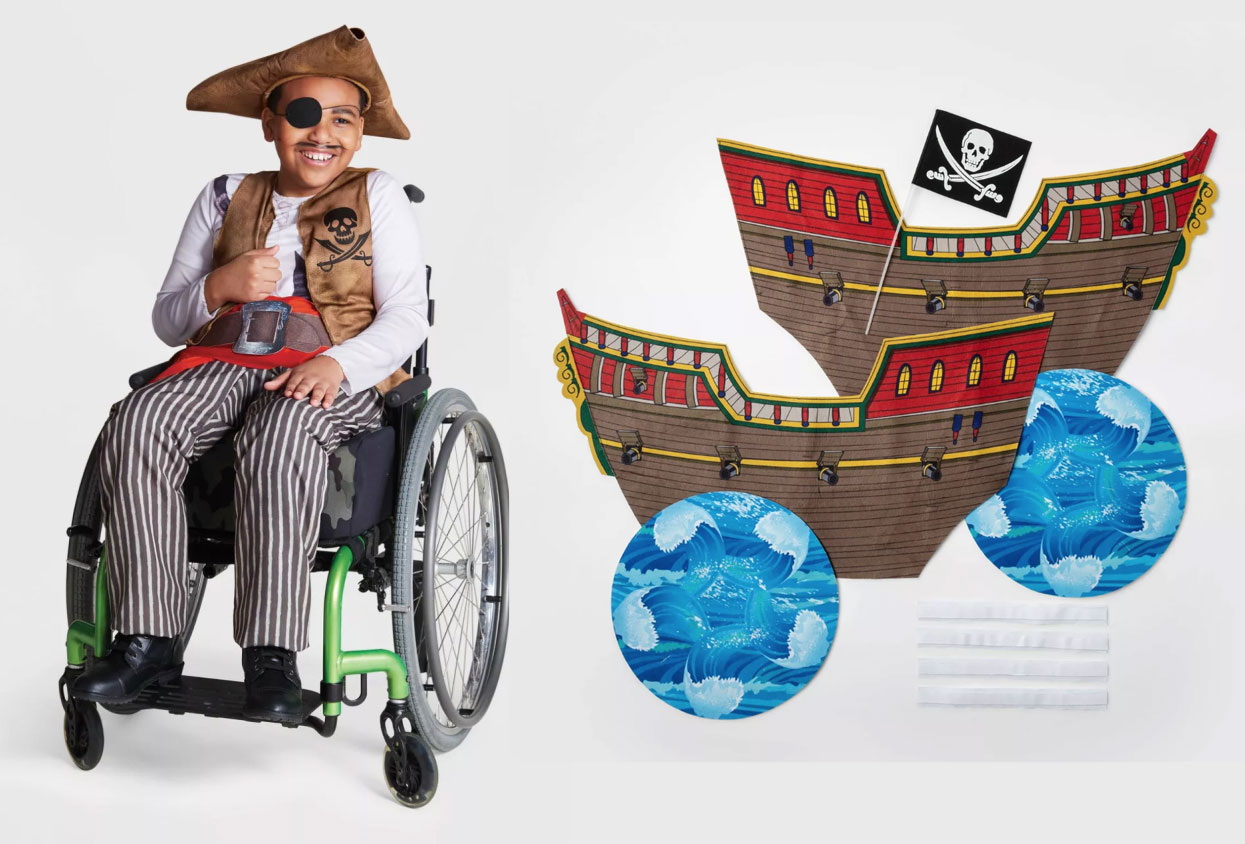 Come Halloween, more kids will be able to find a costume that fits thanks to Target's new adaptive collection.

There are tag-free, flat-seamed unicorn and shark onesie-style costumes for children who have sensory disorders. Both are designed so that individual pieces, like wings, fins, and/or tails, can be removed to ensure comfort.

There are also two wheelchair-friendly costumes to choose from, a pirate and a princess. Each boasts back openings to make dressing easier. Plus, Target has made wheelchair covers for both the princess and pirate costumes, so everything is in theme. The princess gets a carriage and the pirate gets a ship.

Parents: feel free to ignore the specific gendering of these costumes!