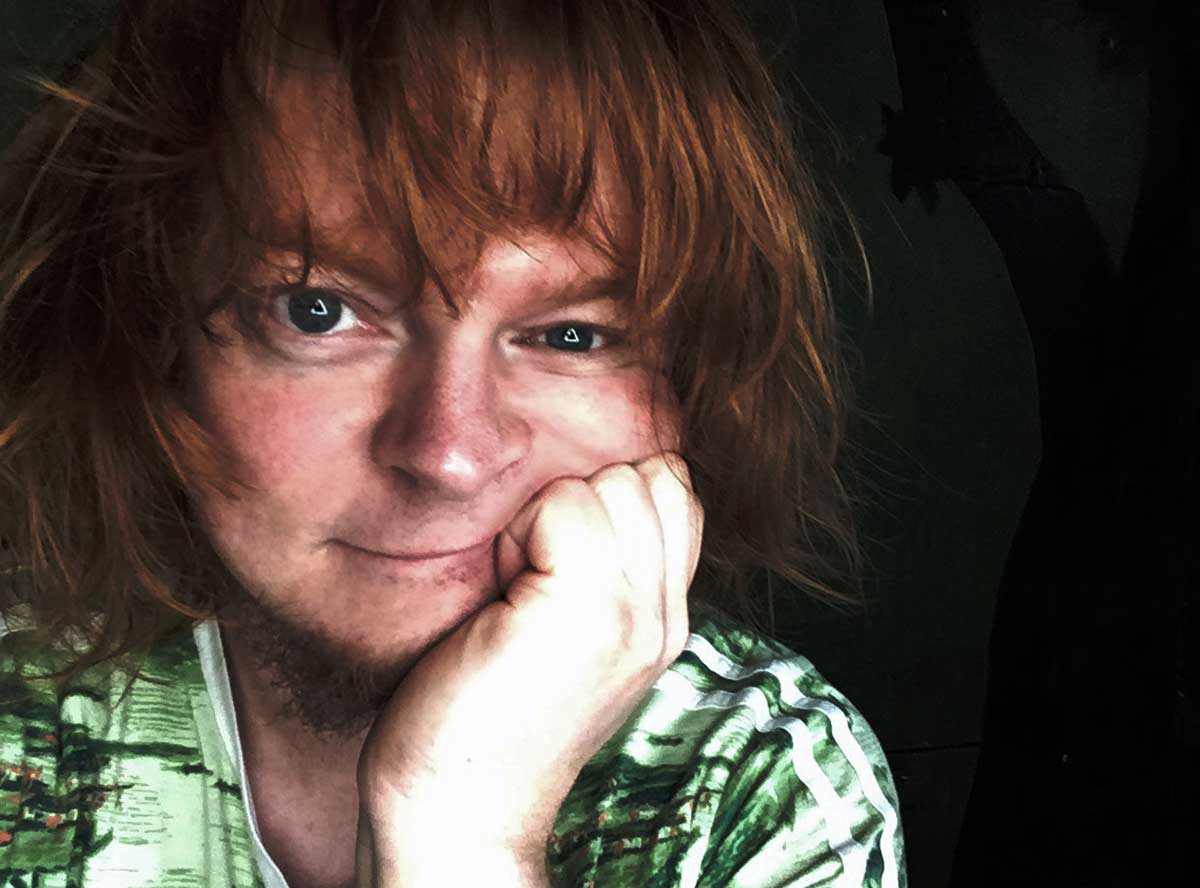 Kevin Kelly and I interviewed Boing Boing's Rob Beschizza for the Cool Tools podcast. Rob is a fascinating person, as you probably already know from the thousands of posts he's written here. He is an excellent artist, designer, coder, and writer, and has a delightful sense of humor. Rob is also the founder of Txt.fyi, an effectively invisible publishing platform and low-key internet cult. It's always a huge treat to be able to chat with him.

Vortexgear Tab 75 Mechanical Gaming Keyboard
"Mechanical keyboards — the appeal is in the old-fashioned key switches which have a more tactile, more clicky feel to them, and there's all sorts of different types that you can get depending on your preferences. It's just great for people who type a lot who just don't like modern keyboards or who are getting sick of butterfly keyboards from Apple. I think for anyone who listens to a tech podcast or is familiar with the cult of mechanical keyboards, a big part of the appeal is you can swap out the keys, so there's a cottage industry of key caps and sorts of different color schemes and styles. You can have a keyboard that looks like an old typewriter or one that looks like a very specific 8-bit computer that you had 30 years ago, or that looks like a nuclear missile launch silo console. Vortex is one of the brands and its thing is that it makes offbeat sizes and includes Bluetooth, which is a relatively rare feature in mechanical keyboards. They make these tiny little 40-key keyboards that will fit in a shirt pocket or you can get these huge, sprawling hundred-key keyboards with a condensed or otherwise bizarre layout. The one that I picked, which I would guess is like the official pick for this tool, is the Vortex Tab 75. This has all the keys that you get with the 10 kilos keyboard, so it doesn't skimp and make you learn weird shift levels or anything like that. There's no spaces at all between any of the keys, including the arrow keys and the page up/page down stuff. It has this extremely compact layout, not much larger than a Magic Keyboard, but you get all of the benefits that you would get from a mechanical keyboard. You can have it with clicky keys. You can have it with tactile keys. You can have it with linear ones that gamers like, and or course, you can make it look any way you like."

Logitech MX Vertical Wireless Mouse
"I have a little bit of repetitive strain type trouble in my right hand, and the trigger has always been using a mouse. If I was smart, I would probably adopt better posture, hold the mouse in a more ergonomic way, but why do that when I can just buy something? It was a vertical mouse, and the idea here is the mouse is in a peculiar shape which means it's almost like a handshake posture rather than a hand flat on the table posture. I tried a cheap one, I don't know what brand it was. It stopped working after two weeks. There's a brand name for vertical mice but it has the feel and look of medical equipment. I think it has that kind of vibe to it, and they're like $200. Logitech has muscled in on this field in the last year or so and it has all the features and the stylish look of the brand, so I'm giving it a go. The big problem is it just seems very difficult to be as precise with it, at least for me, but I'm giving it a go and it has instantly made all the pain go away without sending me to a trackpad or a stylus or some other control system that I don't want to use. I want to use a mouse, so I'm having a good time with it."

Gyokucho Razorsaw Ryoba Saw
"It's a saw which has a long, thick blade with two sides, and one side has teeth for rip cuts and the other side has teeth for crosscuts, so for going against and with the grain on a piece of wood. The way it's designed, you apply pressure on the pull rather than the push and this means that its flex is always straight rather than threatening to bend. It doesn't require expert technique the way Western saws do to actually get quality results. A complete idiot can do fast, accurate cuts with one. It was a revelation to me. I've got a baby son who is now almost two years old, and he got to the stage where he's running crazy around the house constantly and he managed to headbutt our ancient Victorian era radiators. He was okay, but it was immediately obvious the design of these radiators with the metal sharp edges was absolutely lethal, so I decided, "Okay, I'm going to get radiator covers." They have to be custom made to whatever size your radiator is, they cost $200 or $300 each. I've got a house full of these things, so I thought, "I'm just going to buy the wood at the lumber yard and get a decent saw and cut everything into rudimentary, straightforward runs myself." It was so difficult to get precision. I was getting frustrated. It was slow going and someone told me, "Just buy one of those cheap Japanese saws off of Amazon. You'll be amazed." I was. I was absolutely gobsmacked. Suddenly I'm doing all these fancy cuts and making radiator covers that look really nice rather than just boxes."

2006 17-inch iMac
"I think these were only made available to schools, but they're widely available on the internet. If you write a lot and you're not very good at focusing, maybe have a little bit of the attention deficit about you, which a lot of us writers do have, especially when the writing is on deadline, you want something which lets you focus but which isn't completely ridiculous. There's a whole cottage industry, almost like the keyboards, of gadgets for focused writing, and likewise there's all sorts of apps to help you do focused writing. I don't think the apps work because you can just close the app and go back to YouTube. I don't think the gadgets work because they're all really expensive and just hinky, weird things that encompass an idea but don't really have much to them. An old 2006 17-inch iMac is a nice, small computer which has all the useful features of word processing software, some basic internet access if you need to look things up, but which is too slow and too primitive to do anything with but write. I don't think it can even play YouTube videos because you can't install software with the new codecs and all that stuff. It's great. It's the focused writing machine you've always wanted if you're the person who's looking for a focused writing environment."

TXT.FYI
"Everyone in the last couple of years has been reacting against the sort of pervasive and invasive qualities of social media, and I think there were a few platforms which had come about which people got a bit disappointed in as they pivoted from one model of publishing to another. Everything is complicated. You couldn't just go online and just publish something and then share a URL. There was always some complexity, there was always tracking and all sorts of other things that would get in the way of it, and then there'd be likes and sharing systems which would kind of fill you with anxiety about how popular what you were publishing was. I created something where people can go online, hammer out some text, hit publish, and it's published. You don't have to log in, there's no social media, no social capital stuff, none of that. You can use Markdown or plain text. You can share if you want to, but it's not syndicated anywhere. You're the only person who knows it exists."

We have hired professional editors to help create our weekly podcasts and video reviews. So far, Cool Tools listeners have pledged $400 a month. Please consider supporting us on Patreon. We have great rewards for people who contribute! If you would like to make a one-time donation, you can do so using this link: https://paypal.me/cooltools.– MF