Howto: design a cocktail for a Lunar civilization 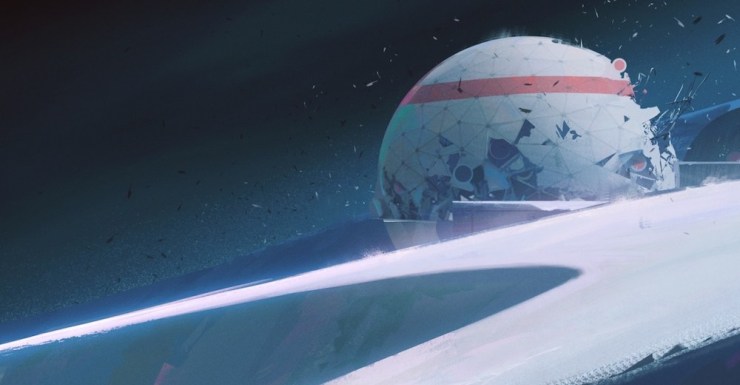 Ian McDonald's Luna trilogy is filled with fantastically detailed grace-notes that give his lunar society an uncanny veneer of reality; one of the most fascinating and thoughtful of these details is the cocktails that McDonald's clannish lunarians consume, each great house with its own signature tipple.

In a new essay for Tor.com, McDonald describes the worldbuilding behind his booze, which is always a cocktail made from hard spirits because of the carbon budget needed to grow grain or fruit for beer or wine.

But: spirit alcohol. Yes! You can make it from anything. Vodka and gin! Liquor opened up an entire world for me. My moon is a cocktail culture. The underground cities run on three different time zones so it’s always Happy Hour somewhere. The Cortas have their own signature cocktail; the Blue Moon. (I tried it, oh my beloveds. When I write a book, I sink deep into the mindset of the characters—it’s like method acting. I have become a real gin connoisseur/bore. My favourite? The light and fragrant Monkey 47 from the Black Forest in Germany. I do it for you, dear readers.)

And so, Dior. Because when you picture a Martini glass, you picture it in the gloved hand of Audrey Hepburn. And then I had it all. I didn’t want a Moon of people in coveralls and shorts and tank tops—these are people who have mastered 3D printing. If you can print clothes, why not in the style of one of the most elegant eras in fashion history? The 1950s. Dior and Balenciaga, Balmain and Jacques Fath.

Creating a Cocktail Culture on the Moon [Ian McDonald/Tor.com]

booze / science fiction / the moon is a smashed mistress