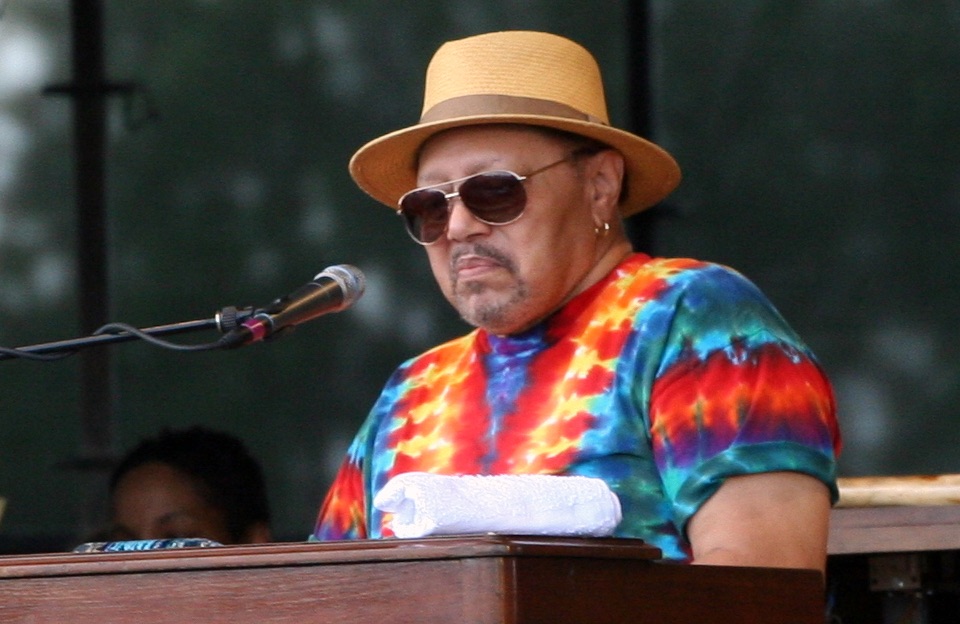 Art Neville performing with The Funky Meters at the New Orleans Jazz & Heritage Festival, Gentilly Stage, on Sunday, May 6, 2012. By robbisaurus via wikipedia

New Orleans music and cultural legend Art Neville, who co-founded the Meters and Neville Brothers, has died. He was 81 years old.

“Poppa Funk,” as he was known, shaped the sound of New Orleans for half a century, reports nola.com's Keith Spera. “In the latest blow for a New Orleans music community that had already lost Dr. John and Dave Bartholomew this summer, Neville died Monday after years of declining health.”

The keyboardist and singer was the voice of the Carnival anthem for the ages, 'Mardi Gras Mambo.'”

"It was peaceful," said Kent Sorrell, Neville's longtime manager. "He passed away at home with his adoring wife Lorraine by his side. He toured the world how many times, but he always came home to Valence Street."

Arthur Lanon Neville was born on December 17, 1937, the same day as New Orleans piano legend James Booker. As a boy, he lived in the Calliope housing development and Uptown on Valence Street. He was drawn to the Orioles, the Drifters and other doo-wop groups, as well as the piano-driven music of Professor Longhair and Fats Domino.

He attended St. Augustine and Booker T. Washington high schools before earning his GED from Walter S. Cohen, where he’d hang out in the music room with fellow members of the Hawketts, the group he joined in 1953.

He was barely 17 when, in 1954, he sang lead on the Hawketts’ remake of a country song called “Mardi Gras Mambo.” Local deejay Jack the Cat convinced the Hawketts to record "Mardi Gras Mambo" at his radio station. Little did they know that, more than 60 years later, the song would still be a Carnival staple.

“I was so happy to record,” he recalled in a 2013 interview. Jack the Cat “had this song. It sounded good to me. We cut it in the station, with two or three microphones. I knew it felt good to do it. But I had no idea that it would still be around.”