Today marks the 20-year anniversary of Len's Steal My Sunshine 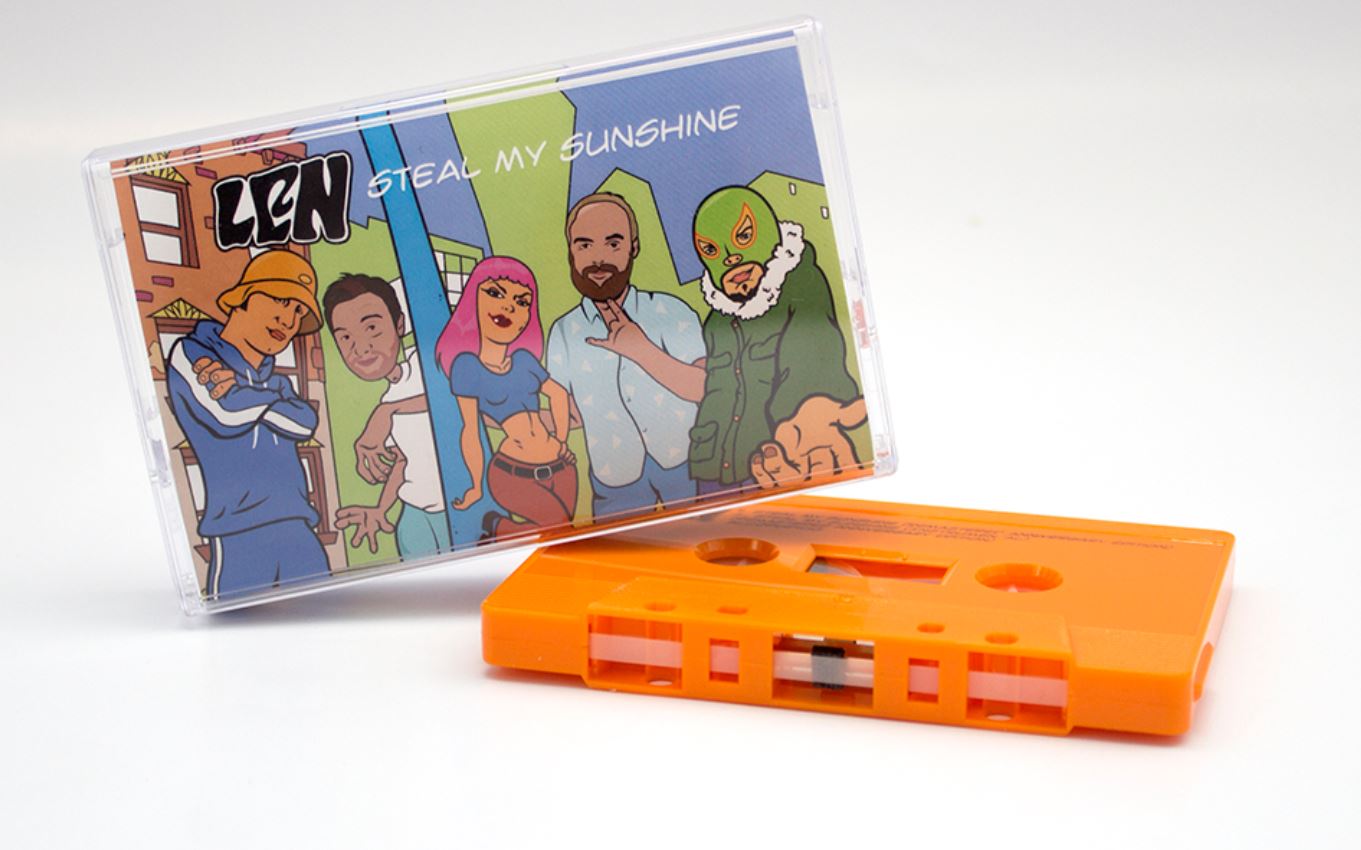 For your records, the hook was sampled from Andrea's disco hit More More More. It happens all of a sudden at about 2:19 in this video:

Isolated for your repeat pleasure:

You can buy Steal my Sunshine on tape cassette from Alcopop! records.