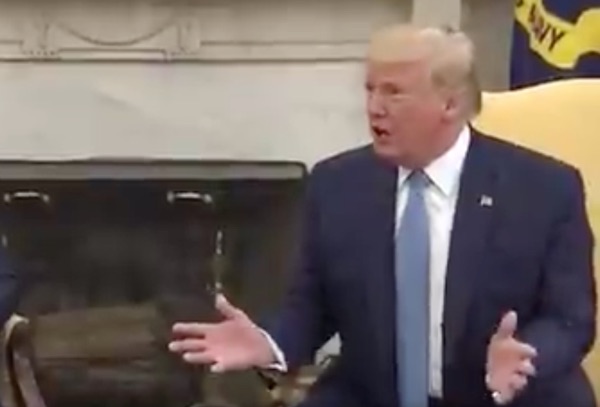 “If I wanted to win that war, Afghanistan would be wiped off the face of the earth, it would be over literally in 10 days," Donald Trump said today.

He is lying, again, of course.

Donald Trump would totally kill 10 million people if he could figure out how to do it so that it would only benefit him.

"If I wanted to win that war, Afghanistan would be wiped off the face of the earth, it would be over literally in 10 days," Trump said. “I just don't want to kill 10 million people." pic.twitter.com/2h0JTa4ZCY