Boxed wine packaged with Cheez-It crackers as a "pairing" 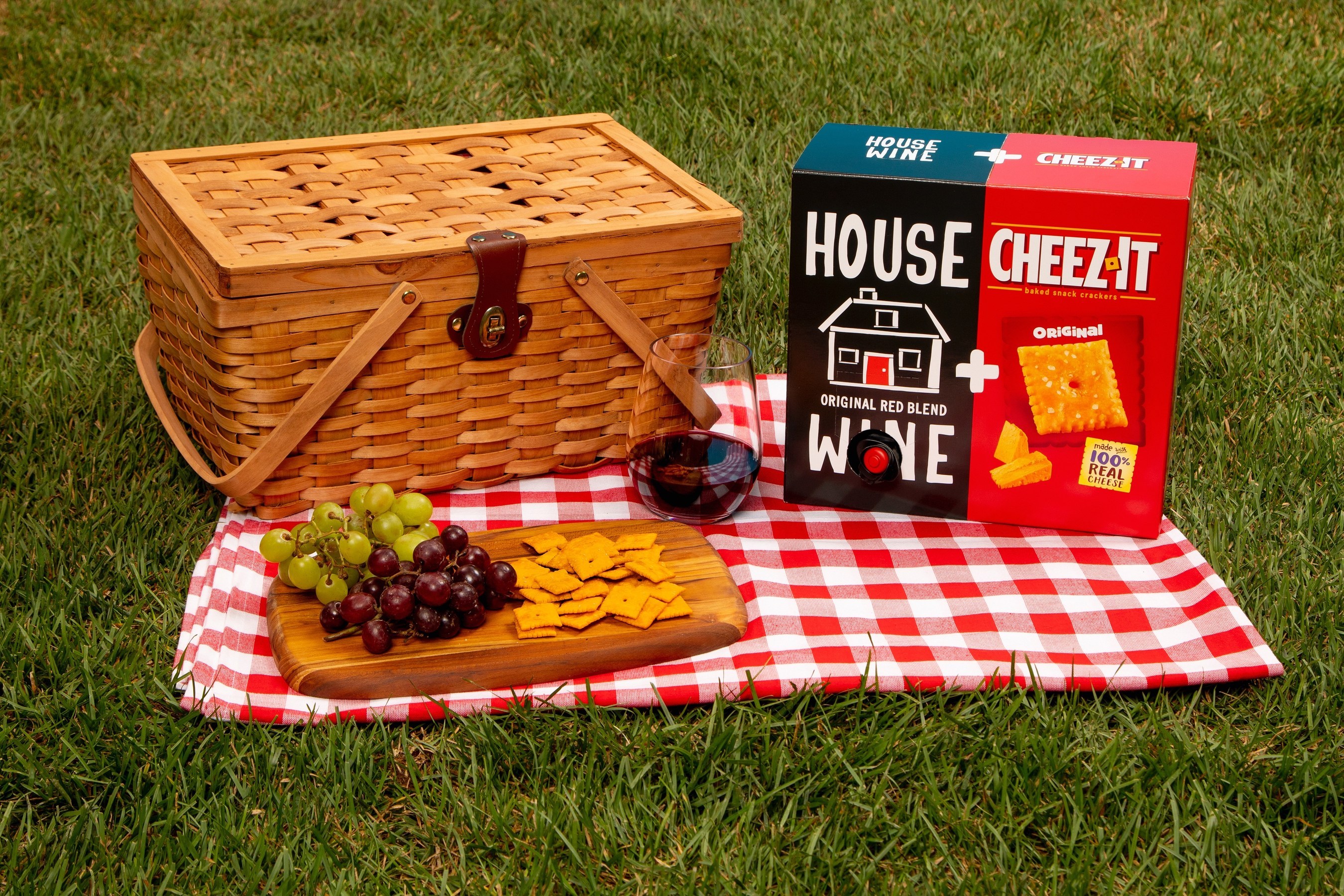 There's a new wine-and-cheese pairing in town. But it's not real cheese, it's one with Cheez-It snack crackers. Yep, for a limited time, Cheez-It and red-blended House Wine are being sold together in the same packaging, a box.

Summer is full of moments to grab a glass of wine and your favorite cheesy snack. Beginning July 25, you can purchase a limited-edition House Wine & Cheez-It box at OriginalHouseWine.com for $25, while supplies last. If you miss the chance to purchase a box, you can still enjoy mixing and matching Cheez-It and House Wine pairings on your own all summer long.

Creative agency Wieden+Kennedy NY developed this wide-mouth cup that enables NASCAR fans to take a sip without taking their eyes off the racetrack. I’d say that The Cup — a 2009 promotional item for NASCAR and ESPN — was quite an improvement over beer guzzler helmets worn by dedicated sports fans in prior decades. (Jalopnik) […]