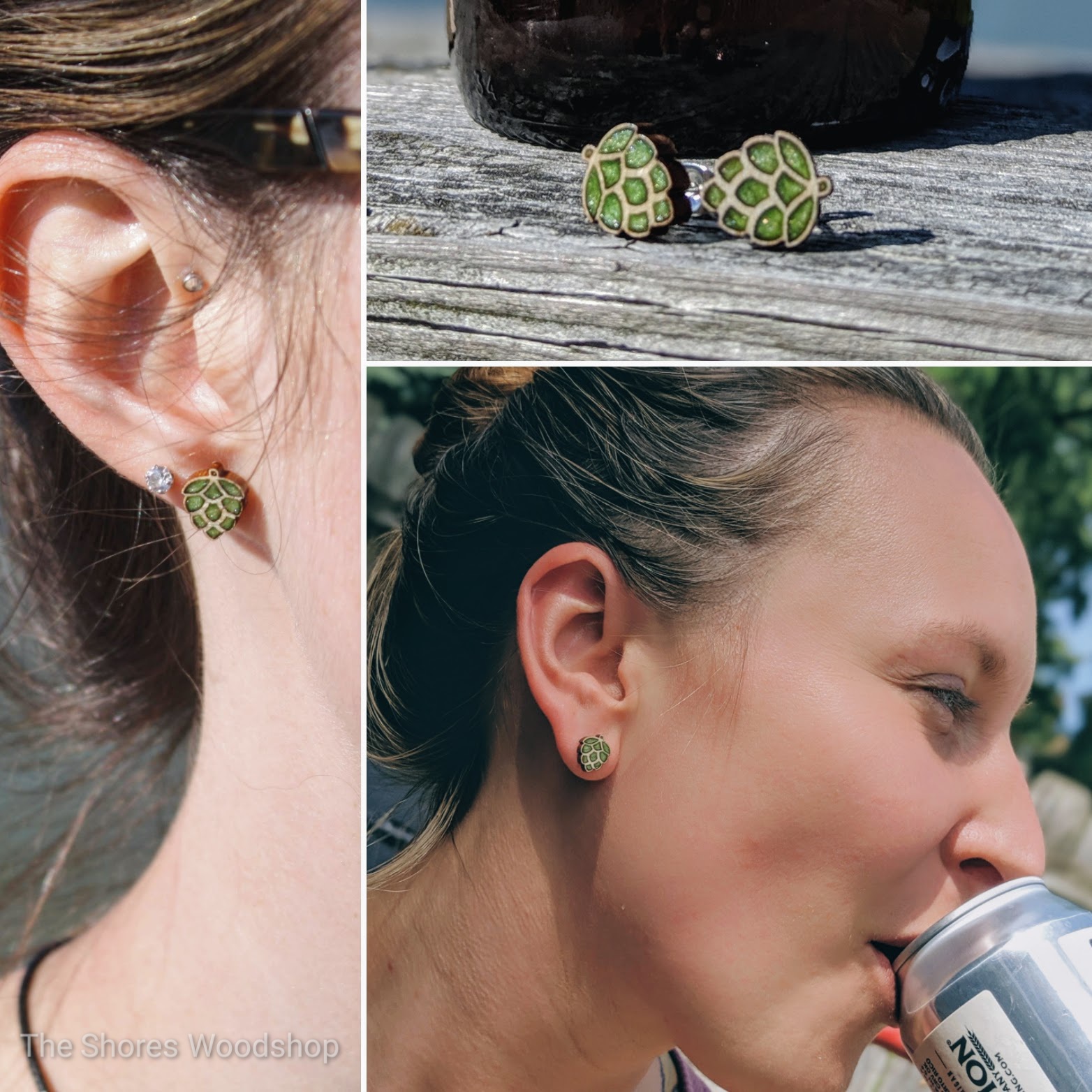 “Beer hops earrings I made, I'm pretty proud of these,” says IMGURian Shancar1.

They make lots of cool things including... these earrings! Buy these very beer hops earrings on Etsy for the homebrew nerd or craft beer otaku in your life.

Also I love these Michigan shaped creations from The Shores Woodshop, offered in post earrings that are “first cut from an 1/8 piece of maple, 'inlaid' with a metallic epoxy resin, and finished with a gloss lacquer. They are about 1\2" tall and use a stainless push back post.”

Embroidery master Rayna created this exquisite hand embroidery of Homer Simpson disappearing into the bushes. This follows on her Lisa Simpson “true crime” embroidery and other fine Simpsons stitchery available at her Etsy shop HermitGirlCreations. (via Kottke)

Oh, I am seriously here for this DIY-maker-recycling project that’s all about giving street kitties safe homes. Wow this is cool. Making feral cat shelters from an old cooler. Says IMGURian @petsncharge, “Cat Tested and Approved Shelters.” We designed and built these durable cat shelters-Donating to the many Rescues that need them for the Homeless […]