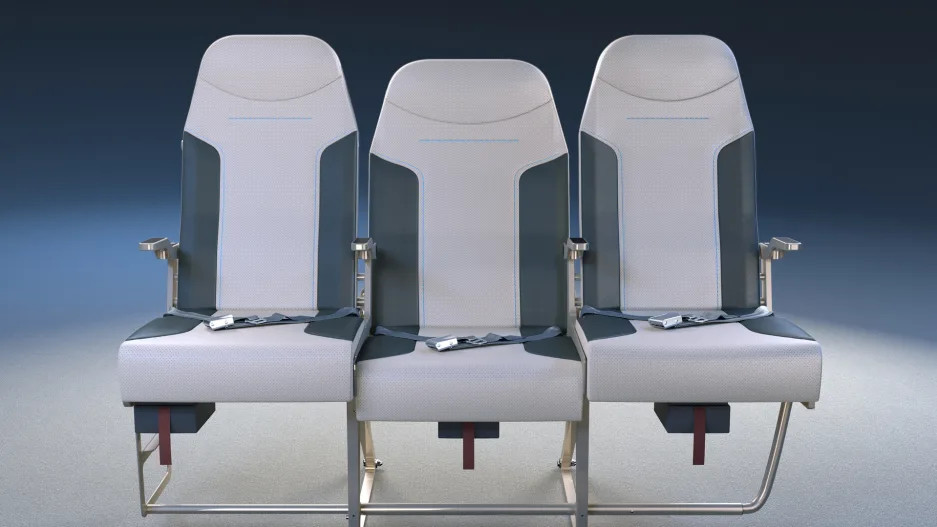 The S1 (AKA the "Slip-Slide Seat") is a radical rethink of airline middle seats from Colorado's Molon Labe Designs; it sits a little back of the seats to either side of it, is slightly wider, and has slightly lower arm-rests -- and in some configurations, it allows the aisle seat to be slid over it, temporarily widening the aisles and speeding boarding and unloading.

The S1 has just had limited approval from the FAA and an unnamed airline will be trying it on 50 planes by the end of 2020. The seats are 5% heavier than regular seats and don't recline, and are intended for short-haul flying. They're working on other designs for long-haul flights.

“We have discovered that what looks like a small stagger actually makes a huge difference. The trick is to actually sit in the seat. In fact our main sales tool is to ship seats to airlines so they can sit in them,” says Molon Labe founder Hank Scott. “I have watched this several times—airline executives see the seat, nod their head and then say they get it. Then we ask them to actually sit down, next to a big fella like our head sales guy Thomas [6-foot-6, 250 pounds]. Within a few seconds they [really] get it—they stop being an airline executive and switch into passenger modes.”

The seat pairs this staggering effect with a two-level armrest design to eliminate the inevitable elbow fights that happen when six arms battle over four armrests. This approach works better in visuals than explained, but basically, the aisle and window passengers end up using the front ledge of the rest, and the middle passenger uses the rear portion.