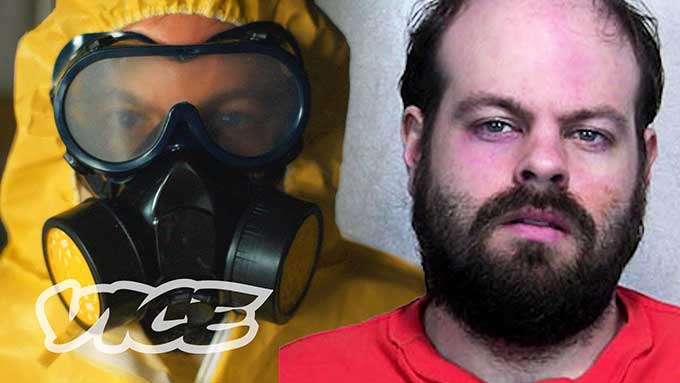 This 13-minute Vice documentary is about a fellow named Josh who made a fake meth lab in his house as a way to prank his friends. Josh also made a TV news station website that looked just like the real local news site (he cloned the website and bought a domain that looked legit) and ran a realistic video that showed his meth lab being busted and his mug shot. Then he posted the link to the video on Facebook.