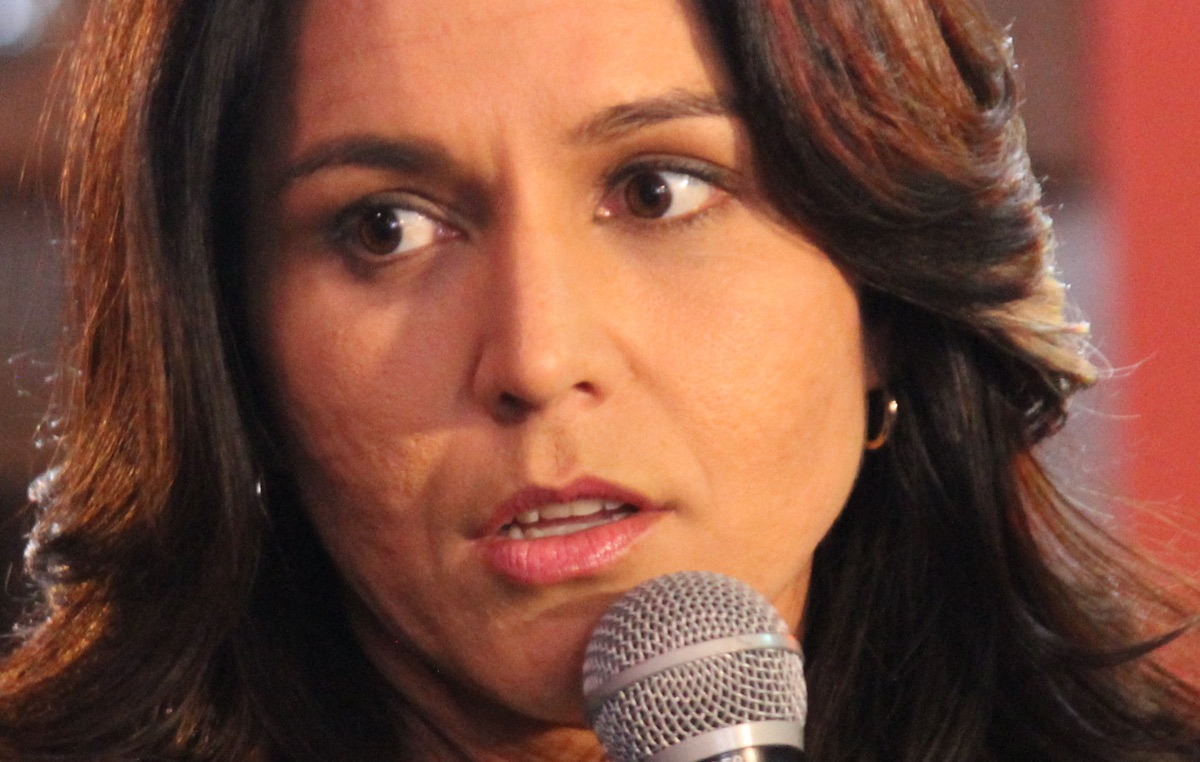 Tulsi Gabbard's name was the most searched online of any candidate during the debates, but for some weird reason, she is suing Google over claims her ad account was suspended for a total of six hours on June 27 and June 28.

She also claims Google is sending her campaign's emails to spam.

The “outsider” candidate from Hawaii presents no evidence for this in the lawsuit.

TULSI2020: In the hours following the 1st debate, while millions of Americans searched for info about Tulsi, Google suspended her search ad account w/o explanation. It is vital to our democracy that big tech companies can’t affect the outcome of elections https://t.co/n7Y7y2dQZ9

Google's response: "We have automated systems that flag unusual activity on all advertiser accounts -- including large spending changes -- in order to prevent fraud and protect our customers. In this case, our system triggered a suspension and the account was reinstated shortly thereafter."

"Google (or someone at Google) didn't want Americans to hear Tulsi Gabbard's speech, so it silenced her," claims Gabbard's organization. The weirdest thing about this is that it echoes all of the GOP's talking points about technology, and no other Democrat is making such obviously false claims.

One wonders if Gabbard is really a good faith Democratic candidate, or a Jill Stein style ringer, doesn't one.

Gabbard's federal lawsuit claims “that Google infringed on her free speech when it briefly suspended her campaign’s advertising account after the first Democratic debate in June,” writes Daisuke Wakabayashi writing in the New York Times.

Tulsi Now Inc., the campaign committee for Ms. Gabbard, said Google suspended the campaign’s advertising account for six hours on June 27 and June 28, obstructing its ability to raise money and spread her message to potential voters.

After the first Democratic debate, Ms. Gabbard was briefly the most searched-for candidate on Google. Her campaign wanted to capitalize on the attention she was receiving by buying ads that would have placed its website at the top of search results for her name.

The lawsuit also said the Gabbard campaign believed its emails were being placed in spam folders on Gmail at “a disproportionately high rate” when compared with emails from other Democratic candidates.

“Google’s arbitrary and capricious treatment of Gabbard’s campaign should raise concerns for policymakers everywhere about the company’s ability to use its dominance to impact political discourse, in a way that interferes with the upcoming 2020 presidential election,” the lawsuit said.

Ms. Gabbard and her campaign are seeking an injunction against Google from further meddling in the election and damages of at least $50 million.

Gabbard has been tweeting about it, today.

From Donie O'Sullivan at CNN.com:

On Thursday, after the lawsuit was filed, Gabbard tweeted, "Google controls 88% of internet search in the US — giving it control over our access to information. Google's arbitrary suspension of the account of a presidential candidate should be of concern to all Americans."

"Google's discrimination against our campaign reveals the danger of their dominance & how the dominance of big tech over public discourse threatens core American values. They threaten our democracy & #Tulsi will fight back on behalf of all Americans.

The campaign also claims that Google is sending Gabbard emails to spam -- doesn't present evidence for this is the suit, however. pic.twitter.com/Ok7UFi81Jb

This is either an algorithmic self-own (staff not clicking on the emails, so they get sent to spam over time) and/or delusional. pic.twitter.com/L7ozFlU7L8