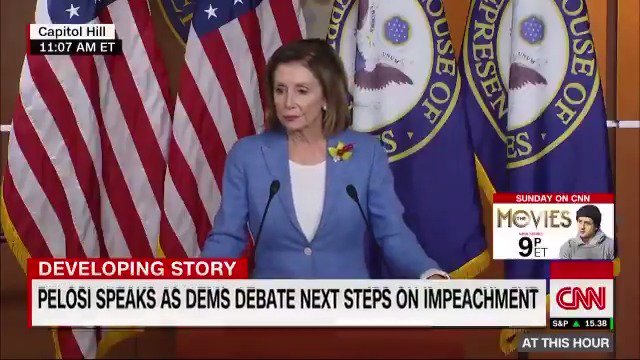 Hard to believe it, but here we still are.

House Speaker Nancy Pelosi today, to reporters, on the subject of impeachment hearings against the illegitimate and manifestly unfit president of the United States, Donald Trump:

“We will proceed when we have what we need to proceed. Not one day sooner.”

House Speaker Nancy Pelosi on starting an impeachment inquiry into President Trump: "We will proceed when we have what we need to proceed. Not one day sooner" pic.twitter.com/wlk3C1BU0H

"We will proceed when we have what we need to proceed," says @SpeakerPelosi of motions for impeachment. She says she has no complaint with what more aggressive advocates of impeachement are doing. pic.twitter.com/tzzpwgiUPE