Perfect kid at a wedding. Wait for the zoom. 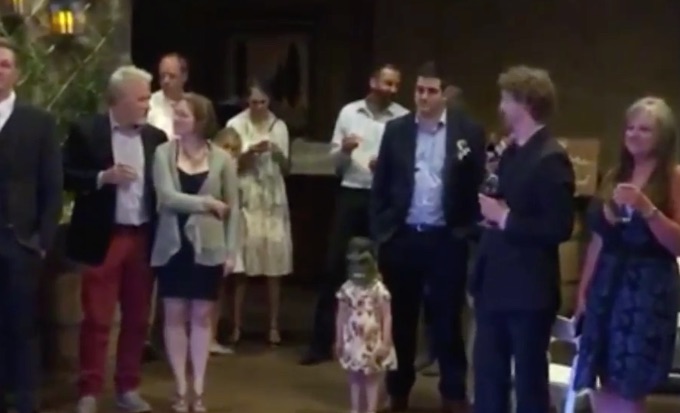 Proof that yes, any party is a monster costume party, if you have the determination to pull it off.

The perfect kid at a wedding.

Don't know the source uploader, or the identify of those involved — anyone? I need to know the story behind this video.