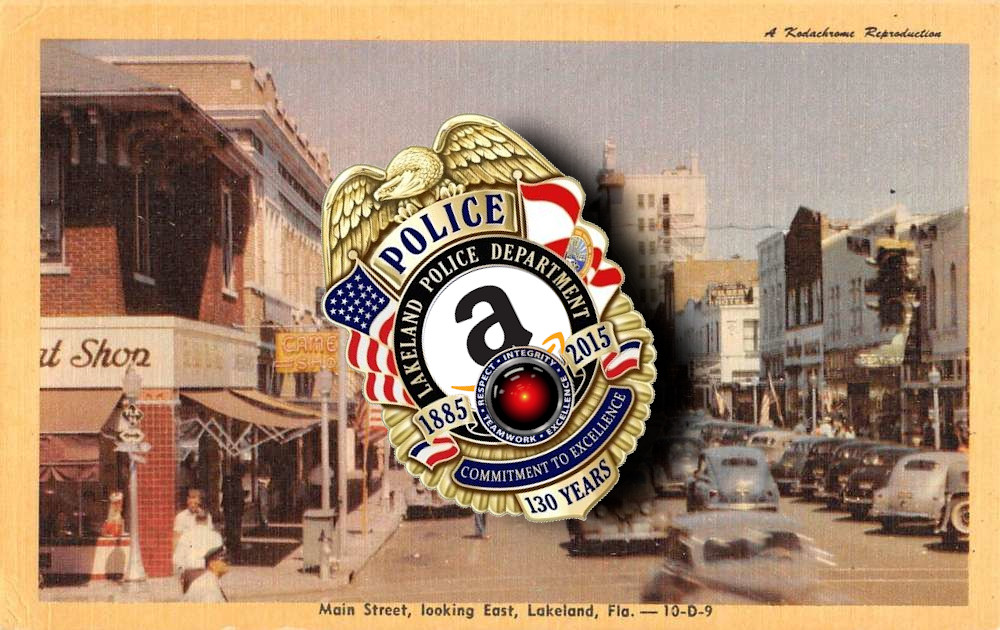 Amazon quietly struck deals with dozens of local law enforcement agencies across America that gave the police access to a distributed surveillance feed from its Ring "smart doorbell" products in exchange for the cops providing free advertising for the products without revealing their contractual requirement to do so.

Under the deals, the police would promote the Ring products and the associated distributed surveillance tool Neighborhood, which allows multiple Ring users to collaborate on putting their streets under surveillance.

Cops then were able to see where Ring doorbells were installed and contact Ring owners via their app to informally request surveillance footage.

Motherboard obtained one of the confidential memoranda of understanding that Ring used with the Lakeland, FL police force. They're live on Documentcloud.

There is evidence that the number of towns and cities that have partnerships with Ring is far larger than is currently known. An email obtained by Motherboard includes an introduction of a Ring “Account Manager,” who a fellow Ring employee says “has worked with dozens of agencies in Florida.” This suggests that there are dozens of unknown partnerships between Ring and local police departments in Florida alone.

This is also not Ring’s only collaboration with law enforcement. As reported by Motherboard, Amazon and Ring have provided Amazon-branded boxes, tape, lithium-ion stickers, and Ring doorbell cameras to police to craft package theft sting operations. The explicit goal of these operations is to catch someone stealing a package on a Ring doorbell camera and apprehend them. In Albuquerque, NM, Amazon even provided package loss heat maps to police in order to plan the operation. These operations have occurred in Hayward, CA; Aurora, CO; Albuquerque, NM; Green Bay, WI; and Jersey City, NJ.