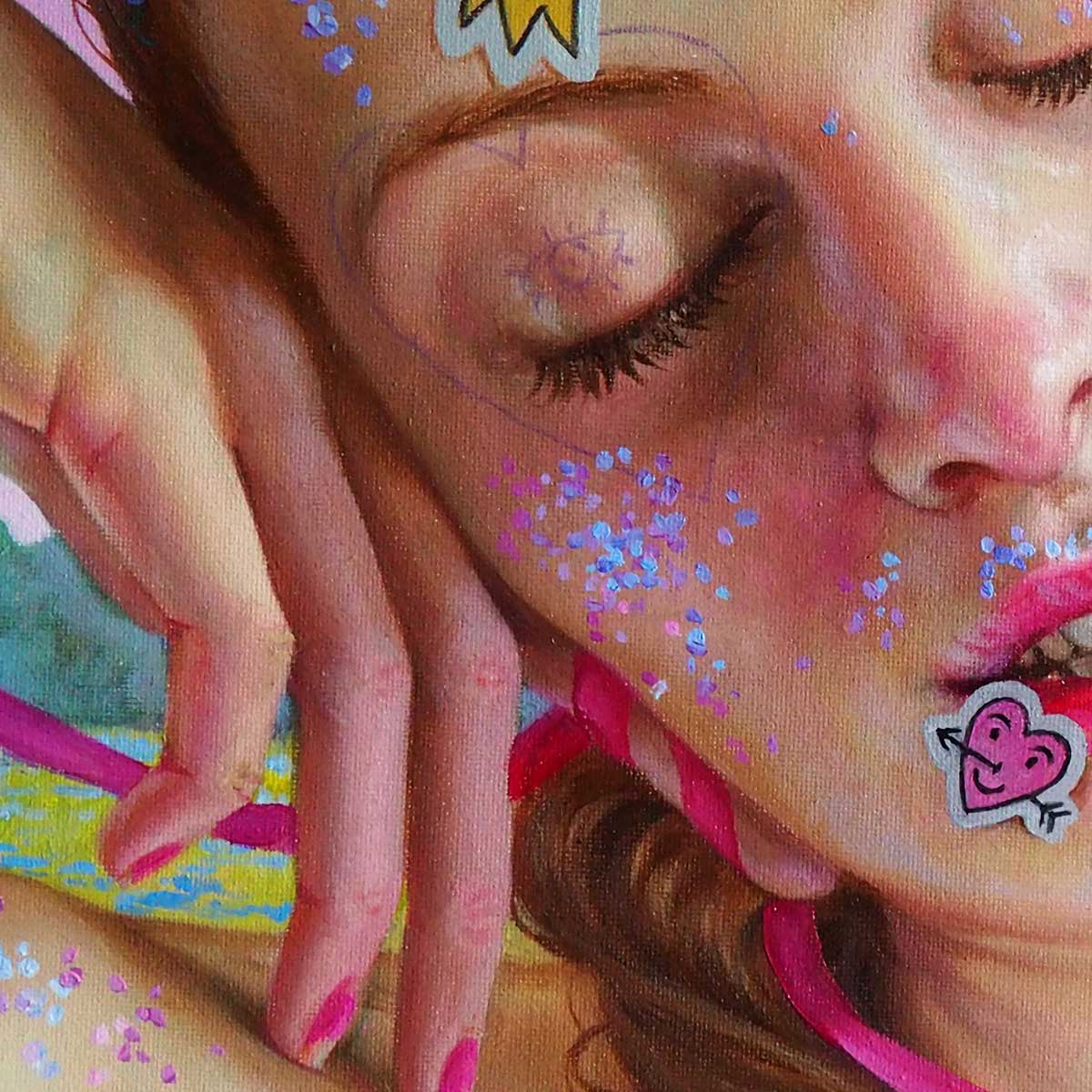 Cory Helford Gallery in Los Angeles is exhibiting paintings by Jana Brike. The show is called Soulsearching and it runs from August 10 to September 14, 2019.

Mostly using the traditional medium of oil painting on canvas, Brike's art focuses on the internal space and state of a human soul - dreams, longing, love, pain, the vast range of emotions that the human condition offers and the transcendence of them all, the growing up and self-discovery. Her work is her poetic visual autobiography

Growing up under Soviet occupation had a profound effect on everything from Brike's work ethic to her subject matter and aesthetic sensibilities. A self-described "reclusive and dreamy child," Brike showed burgeoning talent at a very young age. By 15 years old she was participating in international exhibitions, later going on to receive her Master of Arts degree from the Art Academy of Latvia in 2005.

Brike's surreal and haunting imagery is informed by everything from Russian Realism and Soviet animation to her Grandmother's religious postcards featuring biblical works of the European masters. Her subject matter is culled from folklore, fairytales and children's book illustrations. The subjects of her oil paintings embody a fantastical quality, illustrating what Brike viewed as the "forbidden...imagery of Western pop culture" which took on a "mystical, almost religious tone for Soviet children."

Over the past 15 years, Brike has created 13 solo exhibitions and been part of nearly 100 other projects and group exhibitions in established and emerging galleries in the United Kingdom, Belgium, Germany, Italy, France, Russia, Finland, Belorussia, Switzerland, Australia and several parts of the United States. She currently lives in Riga, Latvia.