These Japanese precision knives are on sale for almost 90% off 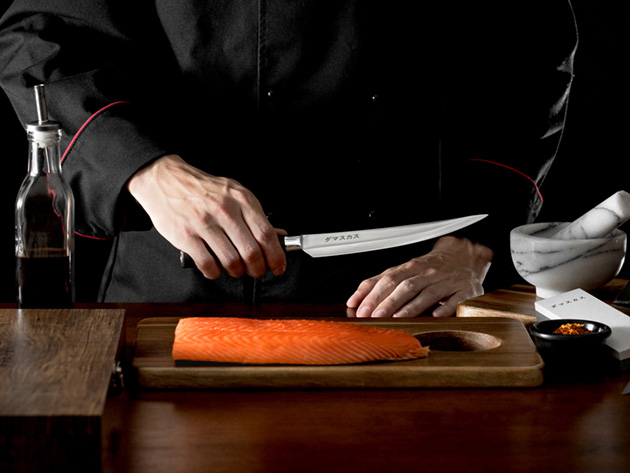 Hey, we get it. Not everybody's a master chef - or even a chef. And when all you see on the recipe is prep time, cooking even the simplest meals can seem like a hassle.

But trust us, the simple act of dicing up some fresh veggies can make you feel in control of your kitchen again - if you're using the right tools. And once you get hold of this Damasukasu 3-Piece Japanese AKUMA Master Chef Blade Set, you'll see they are not just for looks.

The nitrogen cooling used in the forging process not only gives them a stylish sheen but toughens them to a minimum of 62 on the Rockwell hardness scale. They're also stain-, rust- and corrosion-resistant, with a full tang triple-riveted in the handle. To boil down all that jargon: These knives will be around for a while. And if cutting with them wasn't meditative enough, the 3-piece set includes a whetstone so you can keep that 12-degree edge honed.