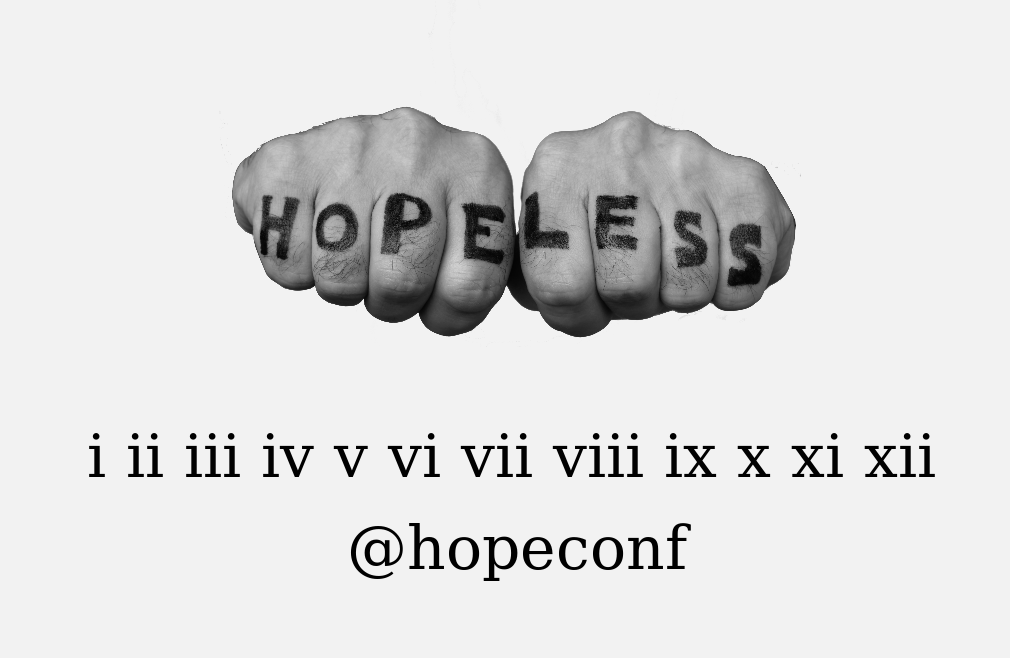 Aestetix sez, "2600 Magazine has hosted the biennial Hackers On Planet Earth conference since 1994. However, for 2020 the host hotel, the Hotel Pennsylvania, has tripled the fee charged to the conference. Rather than raising ticket prices and making the event inaccessible to all but the rich, HOPE is reaching out to the community to help solve the crisis."

HOPE is the most politically engaged, progressive hacker con, a true gem. I really hope they survive -- the world will be much poorer without them.

We've been sued, we've been threatened, and we've faced extinction on a number of occasions. And one thing we've learned is that times like these are when this community truly shines. We don't intend to be defeated by this and we have no intention of giving up on the prospects of HOPE in 2020. But we can't do it by magic.

And so we call on you to put forth ideas, suggestions, and opinions. How important is HOPE to you? Do you know of a better place where we can host it? How can we come up with ways to make the event even better? Does HOPE have to be in a hotel? Does HOPE need to be in Manhattan? Etc.

There are many things to think of and to brainstorm about. And there is no better group to turn to at a time like this for inspiration and new ideas. Time and again, it's right when we're supposed to be at our lowest that we come back stronger than ever, precisely because of our community's creativity, intelligence, and refusal to give up. Please send your thoughts to hope@hope.net and be a part of history. Because we're not going to let this stop us.