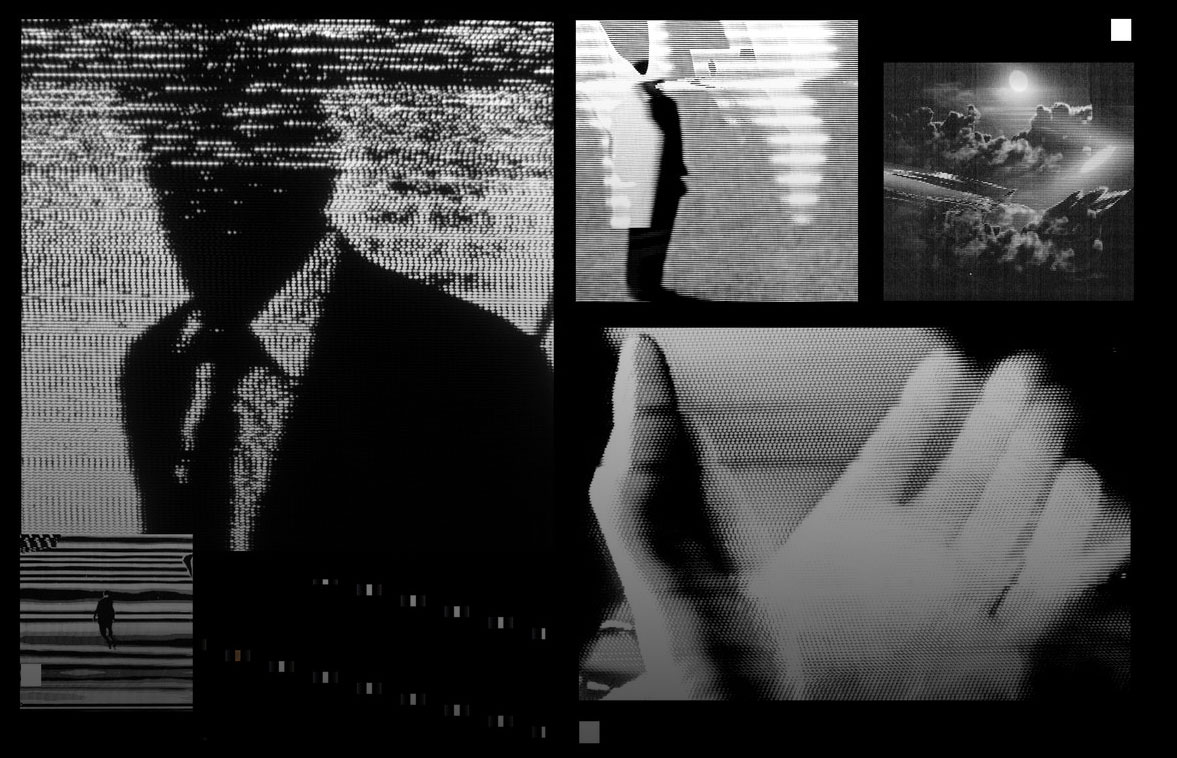 End.Game is a dark, dreamy synthpop album, all swooping pads, punchy beats and mysterious retro auras. It's the work of Luscious-235, a joint-venture between Sid Luscious (of 80s fame fronting The Pants) and "the artificial entity known as Unit 235".

This album immediately seizes a special place in my heart because it was inspired by my short story Mixtape of Lost Decade and its mythology of the 19A0s: a forgotten era between the 1970s and 1980s so culturally traumatic that it erased itself from our collective memory. Artifacts from the 19A0s, the story goes, now leak out through the internet and other liminal spaces—and here we are.

You can't expect an unbiased review from me, then, but obviously you should go and buy this album right away.

It is, after all, an act of archaeology.

Nonetheless, I loved Luscious-235's particular grasp on its aesthetic, especially the straightforward production and intense lyricism. End.Game ignores the self-consciously soulless nostalgia that immediately marks a lot of modern synth as contemporary to the 2010s, instead going to the source: cool tech, mopey vocals and sense of cultural asynchrony. It comes from the 80s side of the 19A0 divide. It's the sort of music I was trying to reacreate with trackers on a Commodore Amiga as a kid--an impossible emulation of something already uncannily out of time.

And here I am listening to Ocean City and Midnight Drivn, wondering if that's the same lamborghini tearing down the night highways around not-Miami I imagined back then. (It is.)

For me, then, these are sharp echoes. Like Gahan and Oakey and Bernard Sumner and Ure circa 1982, but not. Black Dawn's postapocalyptic tecgno-dirge is like those of Mark Shreeve, music I discovered spacing out to UK Channel 4's ident card in the early hours but could not put a name to until the internet revealed it to me more than a decade later. War Games' chorus could be the hook of a forgotten sci-fi B-movie, a betamax exclusive.

But there are also fun surprises. A track might segue from Vangelis-like synthnoir to early Pet Shop Boys b-side clubbiness, yet flower into a mopey Human League ballad.

That's the thing that's so amazing about listening to End.Game. It's one thing to have spied the 19A0s, but to hear from people who lived there is another thing entirely.

You can listen to and buy End.Game on Bandcamp; it's also available at the usual places (Spotify, Amazon, iTunes) but Bandcamp seems to be the best for getting indies paid.

The trailer and press release for the album follows below:

Get it before it's redacted! pic.twitter.com/0hpEwFdF9i

In the year 1979, humanity experienced dramatic, rapid technological advancement which has since been completely expunged from the historical record. One day, everything was blurry analog. And the next, primitive but rapidly evolving digital. Where did it come from? How did everything change so fast? Some say it was extraterrestrials. Or ancient secrets from the Toltecs, Mayans, or Egyptians. Maybe it was a series of covert government projects.

Within one year, the first iteration of smartphones were commonplace. 2 years after 1979, artificial humans were walking the streets, holding jobs, and paying taxes. The economies of the world turned while artificials happily carried out their functions and humans reaped the benefits. It was a utopia. Until it wasn’t.

Growing paranoia -- fueled by the uncontrolled rise of technology and coupled with religious fundamentalism -- was at the forefront of the global conversation. Some humans and governments were afraid of being completely usurped by the artificials and overwhelmed by technology. Perhaps rightfully so.

In the 3rd year, the governments of the world enacted what they called “Operation End Game”. A “hard reset” on technology and society. Nuclear warheads detonated at high altitudes, with the resulting electro-magnetic pulses destroying all electronics. Millions died in the ensuing damage and chaos.

But you don’t remember any of it. You still believe only 6 years separate “1979” and “1985”. How can humanity forget an entire decade? We were there. We remember everything.

The following years (no one knows for sure, but estimates put it between 5-8) were used to rebuild, repair, and restart everything in a carefully controlled fashion. Drugs broadcast via air, water, radio, and television provided historical scrubbing and psychological programming.

The entirety of humanity was left with no record or memory of the event. The few remaining fragments and facts have been pieced together by a small community. They call this lost time “The 19A0s”.

And so you don’t remember. But we do. We are Luscious-235 -- a band consisting of a human (Sid Luscious) and an artificial (Unit 235). When Operation End Game was enacted, we were playing a show, deep in an underground parking garage in Los Angeles. Under the concrete and dirt, we were shielded from the effects of the EMP. We survived. We remember everything.