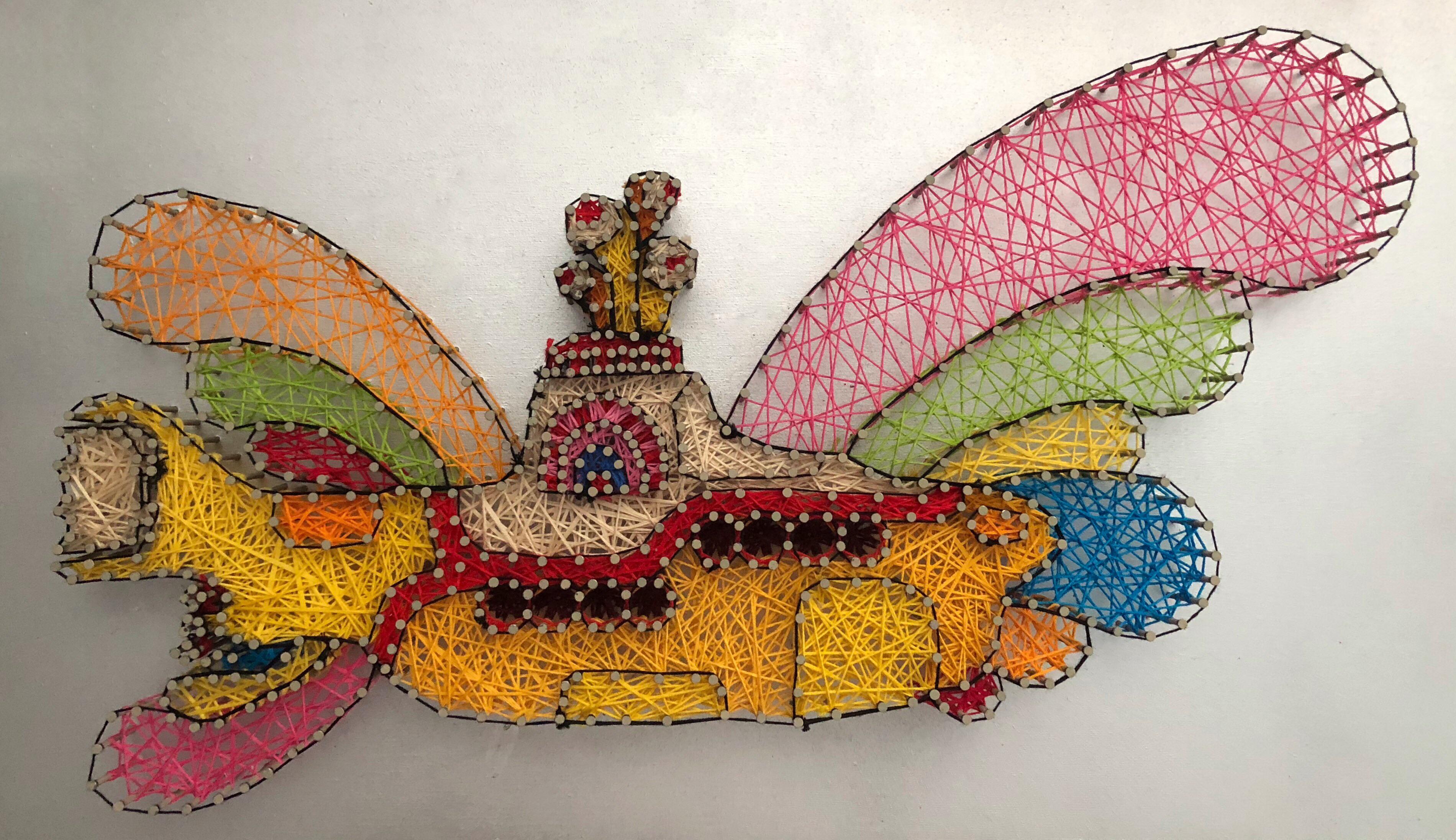 Love this wonderful rendition of the Beatles 'Yellow Submarine' album cover, in string art, which was of course so very much of the era of this record's release.

From R/crafts, and by @meltsir -- who mounted it on a piece of spray-painted wood.

What a wonderful reminder that patience can result in truly surprising beauty.

Today is the 50th anniversary of The Beatles’ “Abbey Road” album and to celebrate, Paul McCartney, Ringo Starr and their collaborators have released a new video for “Here Comes The Sun.” From a statement: The “Here Comes The Sun” music video welcomes the viewer into Abbey Road Studios’ Studio Two, where The Beatles famously recorded […]

On November 14, 1980, John Lennon recorded three rough songs at the apartment he shared with Yoko Ono in New York City’s The Dakota apartments. “You Saved My Soul (With Your True Love)” was the last demo he recorded before he was murdered on December 8, 1980 outside his home. Listen above.

The fun is contagious. “I’ll try to remember, John, and if I don’t it’s just too bad INNIT!?”