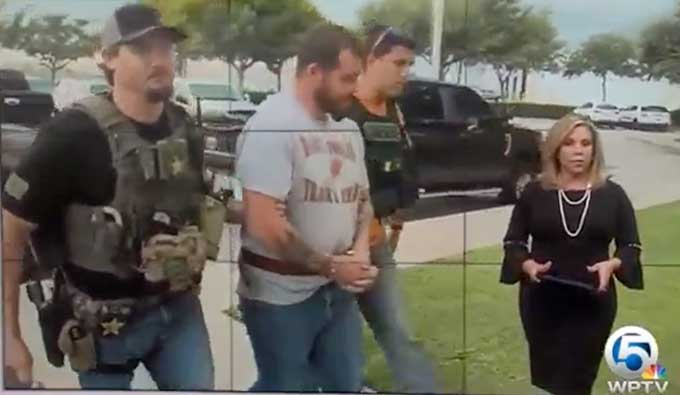 One of the reasons most law enforcement organizations favor drug prohibition is that it gives them a reason to arrest (or in some cases, shake down) people who pose no danger to society. Busting someone for drug possession is such an easy way to nail a person that some cops even plant drugs on people.

Over the 11 months he was working as a deputy in Martin County, O'Leary made 86 drug arrests, according to a 47-page investigative report. Some of those, the report said, were people being wrongly arrested and held in jail for several days.

In January, a crime lab found that substances from three cases that O'Leary submitted as evidence were not drugs. According to the report, investigators found a "broken figurine" that appeared to be a religious statue in the trunk of a sheriff's office vehicle O'Leary had used. The figurine was made from a similar substance to that which O'Leary had identified as crack cocaine in two cases, according to the report. A lab test found that the "statue was comprised of gypsum," the report said.

In January, investigators said O'Leary claimed to find illegal drugs during traffic stops when he was employed as a deputy with the Martin County Sheriff's Office.

While on duty, O'Leary made three narcotics-related arrests in which the substances involved were not actually narcotics.

A Regional Crime Lab determined one of the substances was a powder commonly used to treat headaches, and another was a sand-based material containing no narcotics.