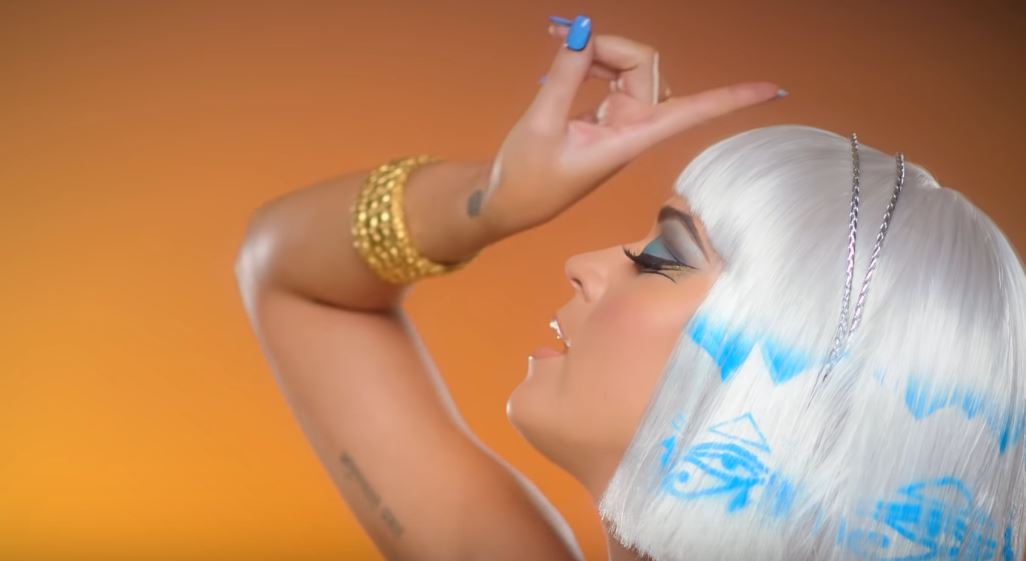 But Charlie Harding of the Vox podcast Switched on Pop explains that the striking similarities should be free to use by both artists, despite their similarities. Both “Joyful Noise” and “Dark Horse” use derivative descending minor scales in a basic rhythm, Harding said, and both use staccato downbeat rhythms on a high voiced synthesizer which is common in many trap beats.

Musicology writes that the loop is so basic that it shouldn't be subject to copyright enforcement. What next, copyrighting scales?

The 1983 prior art offered is the following track by Art of Noise. It has the Dark Horse instrument--ARR1, from the 1979 Fairlight CMI keyboard and an 80s cliche all by itself--and the beat, but a completely different melody.