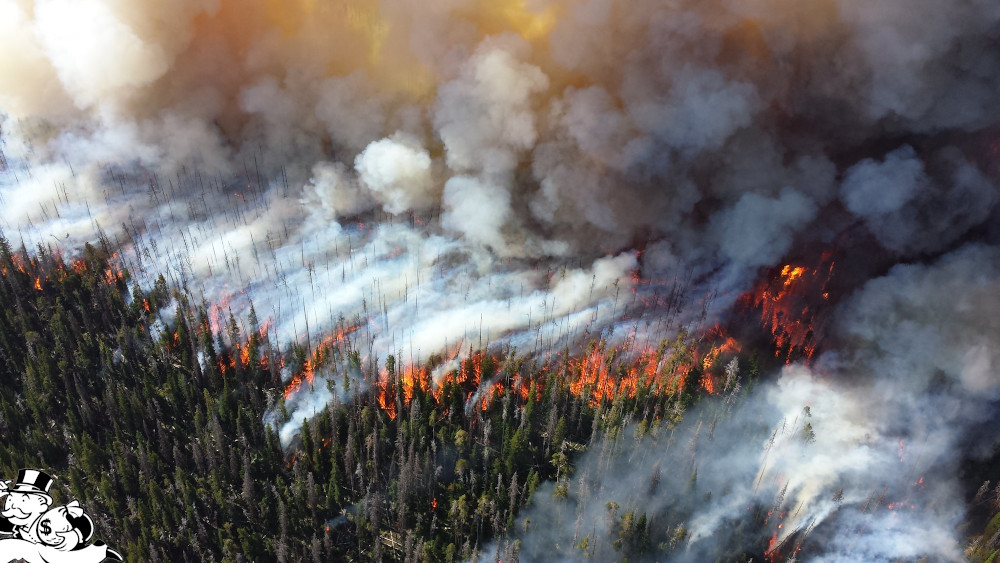 Writing in Wired, political scientist Henry Farrell points out what should be obvious: we're going to pay for climate change (that is, either we're going to rebuild the cities smashed by weather and take care of the people whose lives are ruined, or we're going to pay to cope with the ensuing refugee crisis), so the question isn't "how can we possibly pay for climate change?" but rather, "Will the people who profited from pumping CO2 into the atmosphere pay, or will their victims be left on the hook for their greed and recklessness?"

The public treasury will be on the hook for cleaning up cities and remediating human wreckage, no matter what we do, so the only real question is, do we fill the treasury by taking money from the people who just tried to live their lives in an impossible situation, or do we fill it by taking money from the tiny number of ultra-wealthy people who made their riches by setting things up so that just living our lives destroyed the planet?

This fight has already started to play out. Fossil fuel interests are rich, politically influential, and well organized. They are able not only to pay for lobbyists in Washington, DC, but to organize an entire political movement at the state level. The Koch-funded "grassroots" organization Americans for Prosperity pushes to protect fossil fuel interests in individual states. The group has become intimately intertwined with the Republican party.

The interests on the other side are broader, less well organized, and less influential. This is in part because everyday Americans don't really understand that they will be on the hook for many of the costs of climate change unless there is a dramatic change in policy.

If we continue on our current trajectory, the lives of ordinary voters will be fundamentally transformed while fossil fuel companies continue to make vast profits. Any serious policy response to global warming needs to transfer some of the costs from voters to the fossil fuel interests, where they belong.

Don't Ask How to Pay for Climate Change. Ask Who [Henry Farrell/Wired]