Cathay Pacific's new privacy policy: we are recording you with seatback cameras, spying on you in airports, and buying data on your use of competing loyalty programs 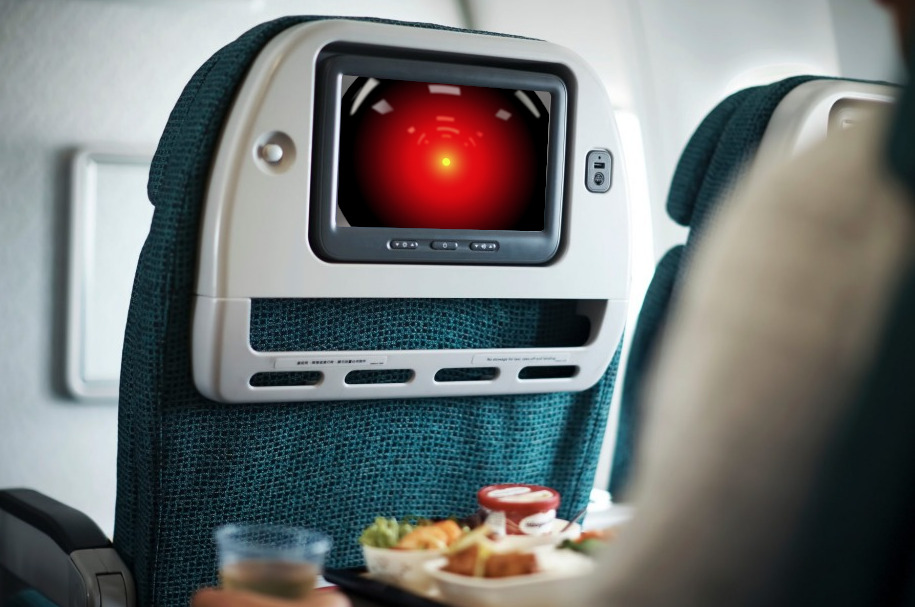 When airline seatback entertainment systems started to come bundled with little webcams, airlines were quick to disavow their usage, promising that the cameras were only installed for potential future videoconferncing or gaming apps, and not to allow the crew or airline to spy on passengers in their seats.

Enter Hong Kong's Cathay Pacific, the country's flagship airline, which has just amended its privacy policy to reveal that it is recording its passengers as they fly, as well as gathering data on how individual passengers spend time in airport terminals, and even brokered data on their use of rivals' hotel and airplane loyalty programs.

But don't worry, the company promises it will take "commercially reasonable" cybersecurity measures to keep all that data from leaking.

Separately and in unrelated news, Cathay Pacific insists that it was using "commerically reasonable" measures when it suffered the fucking massive data breach it suffered last year (up to 9.4 million customers affected!). So I'm sure it'll be fine.

According to a new report from Forbes, the Hong Kong flag carrier has amended its official personal data collection policy to allow the airline to compile a database with detailed information on passengers’ use of in-flight entertainment systems (IFE) – including, but not limited to, images recorded by seatback cameras, customers’ activities at airport terminals and even data obtained about membership activity in competing hotel and airline loyalty programs. The airline further says that the collected data will be possessed by the company for “as long as necessary.”

The airline is also making clear that its best efforts to protect intimate details about passengers is far from foolproof, calling its cybersecurity measures “commercially reasonable.” In November, company executives were called out by Hong Kong lawmakers who accused the airline of misleading the public about the seriousness of a massive data breach which may have compromised the personal information of as many as 9.4 million customers.