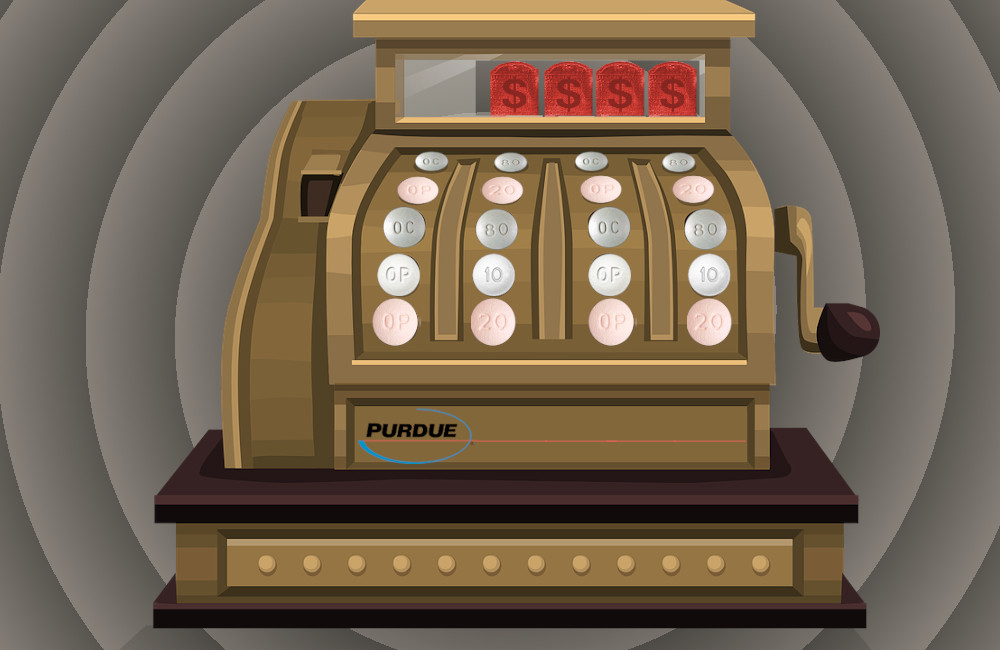 The Commonwealth of Massachusetts is not the first state to sue Purdue Pharma, members of the Sackler family (who own the company), and other board members for their role in deliberately seeking to addict people to their powerful opioid Oxycontin, but unlike other states, Massachusetts is conducting the suit in the public eye, targeting a court judgment rather than a quiet settlement with an accompanying gag-order.

That means that we're able to see the evidence the state Attorney General is entering (evidence from other cases is also available, thanks to leakers who violated the court's seal).


Part of that evidence is Assistant Attorney General Sydenham Alexander III's statement that a single addict made $200,000 in profits for the company, and that Purdue deliberately pursued this kind of patient because their addictions were so very profitable to the company.


The Sackler family's takings from the opioid crisis has made them richer than the Rockefellers.


Purdue's lawyers disclaimed the company's centrality to the opioid crisis, calling it a "dangerous misconception."

Massachusetts Attorney General Maura Healey's lawsuit, originally filed in June of last year, claims the Sacklers and other Purdue board members are personally liable for damages. The eight members of the Sackler family named as defendants in the suit, and five Purdue directors who are not Sacklers, also want Sanders to dismiss the claims against them on jurisdictional grounds.

In court Friday, their lawyer, Gregory P. Joseph, said there is no evidence of misconduct occurring in the state and no proof his clients approved drug-marketing plans for the Massachusetts market.

"The directors are not subject to jurisdiction here," Joseph said. He said the board never met in the state, that "most of them never even traveled to Massachusetts on business for Purdue" and that "there's no factual allegation they approved marketing materials and aimed them at the state."