Baby getting an X-Ray looks hilarious and adorable 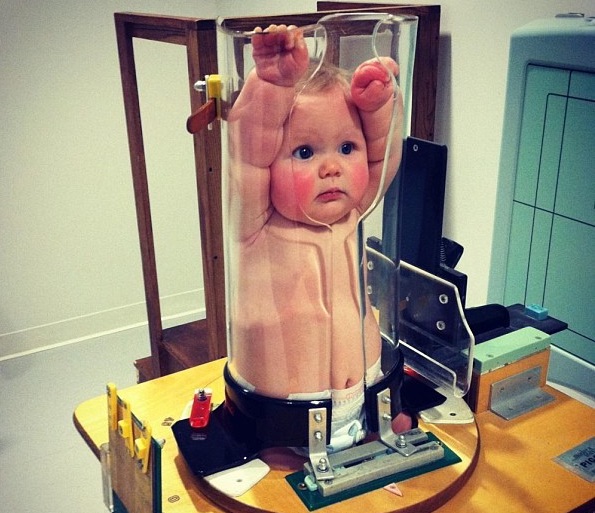 Looks a lot like this poor pet getting an uncomfortable groom, which is frankly how I feel, too, when I have to go in for medical scans. I feel you, pups and babies.