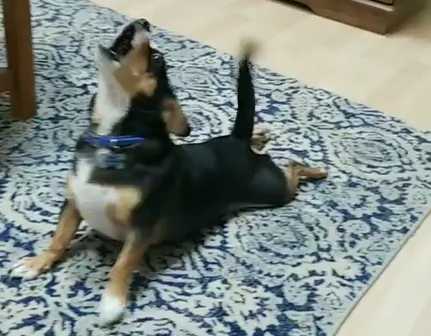 “Looks like he is howling but he was almost completely silent while he was doing this,” says Max's temporary human.

“Our foster dog was a silly boy!,” says IMGURian Kika1112

“GOOD NEWS, he was just recently adopted out to a wonderful family!”

Happy ending. Hope he has a nice place in which to practice his yoga now.