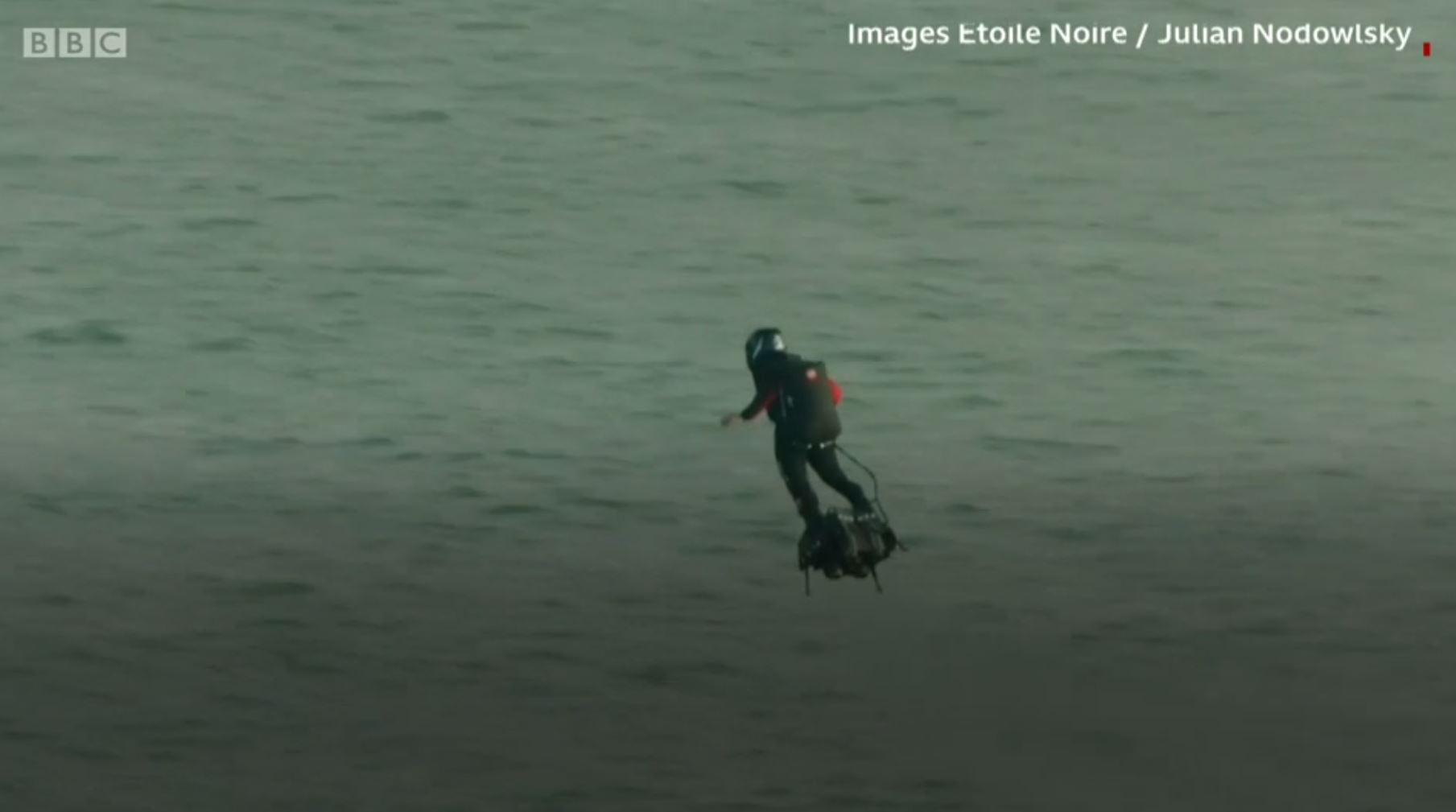 Franky Zapata is the first person to cross the English Channel on a flyboard. The Frenchman, who invented the hovering device, made the 22-mile trip in 22 minutes, wearing a backpack full of kerosene to get from Dover to Calais without getting wet.

flyboy on a flyboard / Gadgets