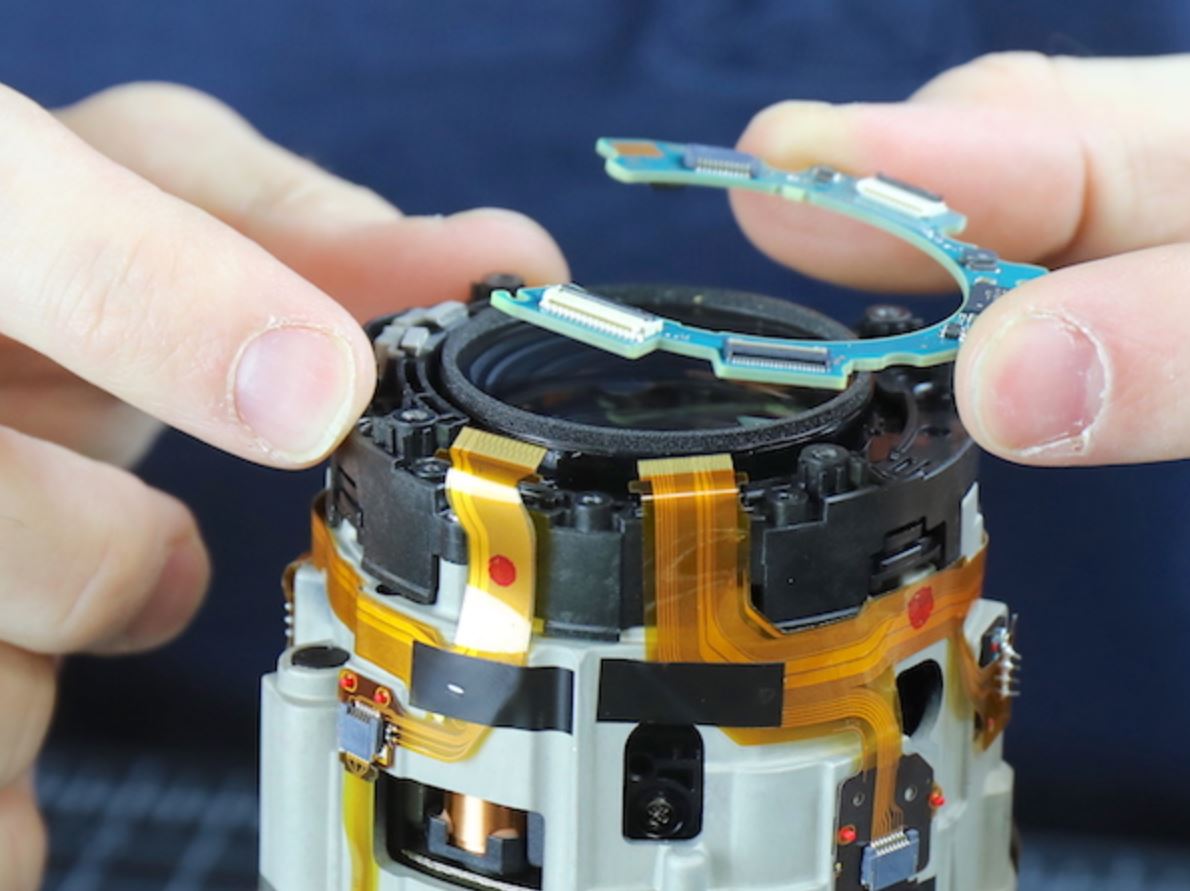 Sony's FE 135mm f/1.8 GM (Amazon) is a serious lens for its full-frame cameras, costing about $2000 and winning over critics. PetaPixel compares it to $12k glass after finding it much sharper than similarly-priced competition from Sigma and Zeiss.

At that price, though, it's not a tinker toy--and there isn't even a service manual yet, let alone parts availability. So when one came back to lensrentals.com with a report of focus trouble, it decided to do a teardown rather than return it, to bring light upon the void.

First, let me be clear, this is an isolated incident; we haven’t seen this problem with any other copies of the Sony 135mm GM (and we have a lot of them). ... Now let’s get to the fun part, the teardown. This is a very well made lens. It IS built like a tank with robust magnesium alloy barrels, lots of long thick screws holding things together and nothing flimsy to be seen. The electromagnetic focusing motors, which were a weakness a few years ago, are now built like you could pull trucks out of ditches with them.