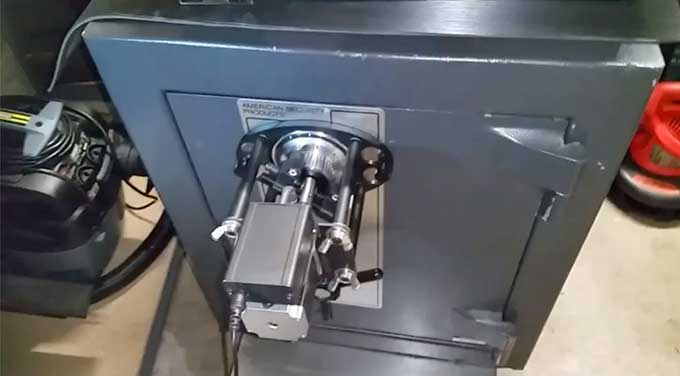 The war-dialing safe-opener takes a maximum of 8 hours to open a safe.

It looks like something that could be pretty easily built with an Arduino and a stepper motor, but how does it know when is has arrived at5 the right combination? Maybe it feels a change in the torque on the dial, or senses a certain kind of click?