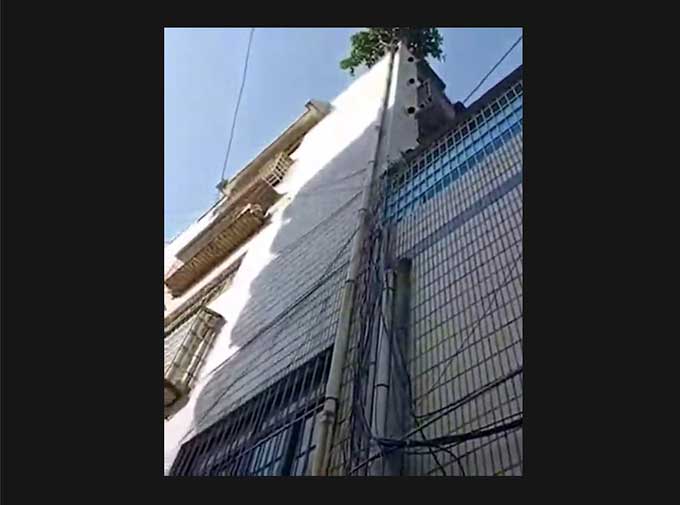 A tree discovered a way to thrive in an urban environment by squeezing through a multi-story drainpipe.