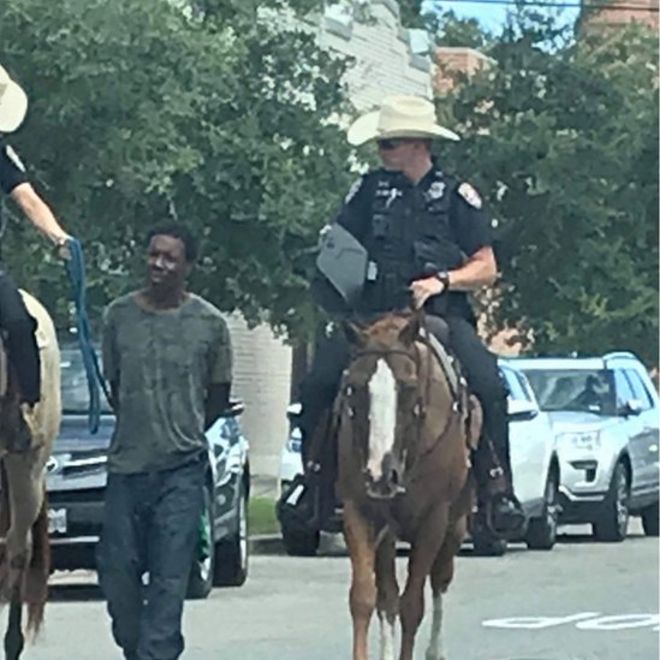 The photo shows two white police officers, on horseback, leading a roped black detainee through the streets. Galveston police chief Vernon Hale apologized, after it went viral, but said there was "no malicious intent" and that "the technique was acceptable in some scenarios." The BBC: "According to a news release from the Galveston Police Department, the two mounted officers, named only as P Brosch and A Smith, arrested Donald Neely for criminal trespass. The officers were taking Mr Neely to a police staging area. Police clarified that he was not tied with the rope, but 'was handcuffed and a line was clipped to the handcuffs"'".